Kanye West Ready To Do A Cameo In ‘Zoolander 2?’ Ben Stiller Hinted Interest! Sequel To Feature More Big Names In The Fashion World? 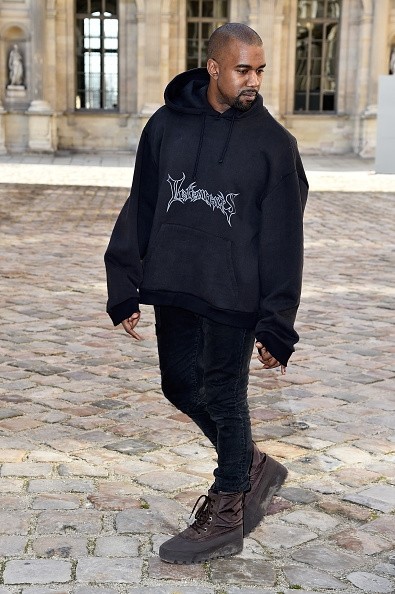 It was previously reported that Kanye West may do a cameo in "Zoolander 2."

According to The Sun, it was Will Ferrell who recommended the rapper to the producers. The 47-year-old comedian will reprise his role as Mugatu in the sequel and he happens to be close to the 37-year-old musician.

"Kanye is friends with Will and appeared briefly in 'Anchorman 2' but he wanted to be in 'Zoolander 2' even more," a source revealed. Apart from the recording artist, his wife Kim Kardashian may also be appearing in the movie. There's no confirmation yet whether this news is true or not.

During an interview with Josh Horowitz of MTV, Ben Stiller was asked if he heard about the news that Kanye wanted to do a cameo in the second installment.

"I've heard that, too ... I'm interested, because a lot of people have been asking me about that," he said.

What the director and lead star said was very promising, which means that there is a chance that the "Gold Digger" hitmaker will be appearing in the "Zoolander 2."

Ben Stiller, who will be reprising his role as Derek Zoolander, also made it clear that he does not want to reveal too much about the cameos and story of the sequel.

However, he admitted that they had some roadblocks during the planning stage of "Zoolander 2."

"We had a script back in 2005. We couldn't get the cast together at that point. We scrapped the idea and came up with a new one back in 2010," he said. "Every few years, it would come up. And then the budget would be an issue.

It seems that all of their hard work is paying off now because most of the big names in the fashion world want to take part in the sequel including the former Vogue Paris editor-in-chief Carine Roitfeld.

During an interview with The Cut, the 60-year-old fashion writer was asked if she's willing to do a cameo in "Zoolander 2".

"I would love to. Owen Wilson is very funny!" she said.