How To Become A Mobile App Developer 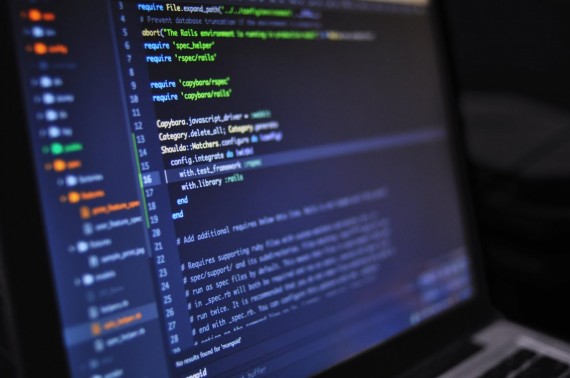 With digital technology becoming a more important facet of the modern economy by the day, millions of aspiring young professionals are hoping to brush up on their tech skills in order to attain hefty salaries and admirable careers for themselves.

Despite the allure of nascent innovations like artificial intelligence and autonomous vehicles, established technologies like mobile applications are still in dire need of hard-working professionals who are forward thinking. That's why so many up and coming professionals aspire to become mobile app developers, as the mobile market will keep burgeoning for years to come.

Here's how to become a successful mobile app developer and the crucial mistakes you'll want to avoid along the way.

Mobile apps are the way of the future

For many years, critics of mobile phones and apps derided their development as being nothing more than a distraction from other, more important IT affairs. Over the past decade, however, mobile apps have continued to rise in prominence, and the mobile market is now massive, in many cases eclipsing the traditional markets which it was once a minor facet of. In the world of gaming, for instance, mobile apps are now bigger than consoles and PCs, and a myriad of everyday digital services are also springing to life in the form of mobile applications.

With mobile gaming now easily eclipsing its more traditional counterparts, many aspiring developers want to churn out their own entertaining app in the hopes of enthralling millions of users with its contents. Creating an engaging and unique mobile game is easier said than done, however, as becoming a stellar mobile app developer takes time, commitment, and an innovative mindset which allows you to quickly respond to user feedback while keeping an eye on the future.

Other mobile app developers want nothing to do with the gaming industry, and instead see plenty of potential in crafting tailor-made apps for businesses which find themselves in need of additional digital outreach mechanisms is they want to remain in the modern marketplace for very long. If you're an aspiring young developer, you should seriously consider taking your tech talents directly to the doorstep of local businesses which may be in need of your digital savviness to scoop up more customers. According to market research, about 41 percent of surveyed businesses relied on a freelancer or third-party consultant when designing their small business mobile app, so don't think you can't earn income in this portion of the market.

Furthermore, mobile app developers who continuously push themselves into uncharted territory in order to learn new skills and design methods have a good chance of being scooped up by a custom software development company, which are becoming more important facets of the digital economy by the day. After all, few businesses or users want a boilerplate mobile app that looks and feels like countless others, meaning those developers capable of thinking outside the box and offering custom services will find their talents in high demand.

What it takes to become a true professional

It should seem obvious by now that mobile app developers will be enjoying demand for their services for years to come, so how can aspiring young professionals go about becoming one? Perhaps the most crucial element of being a successful mobile app developer is mastering user interfaces, as nobody wants to install and frequently rely on a mobile app which is clunky to use and ugly to stare at. If your prospective users can't easily interact with the software you and other mobile app developers have conjured up, they're going to delete your app instantly, thereby ensuring your efforts were a failure.

Taking plenty of time to master the user experience in mobile apps is the only surefire route to success in this competitive industry. You may think you can cut corners and save valuable time, money, and energy by paying as little attention to the UX as possible, but the truth of the matter is that a lackluster experience will turn first-timers away from your app while earning you disappointing reviews that will prevent others from downloading it in the first place.

The next crucial skill you'll want to master is cross-platform app development, as mobile app developers who are only familiar with one of the three major platforms aren't going to be as highly rated as more versatile developers capable of easily working with all three. Don't silo yourself into the world of Apple, Android, or Windows - focus instead on fostering a versatile skill set which will enable you to make yourself available to as many users and businesses as possible.