Understanding the Stages of the Prototyping Process 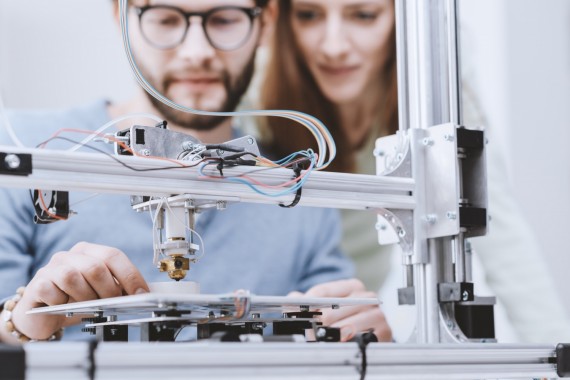 When you have a product idea that you want to bring to fruition, it's a process. There are steps along the way, and it can be somewhat of a complex scenario. Most people who want to design a product will work with Chinese prototype manufacturers, adding even more to the layers of complexity.

A prototype, in simplest terms, is a 3D and real-life version of a product idea. It's the original model something is based on.

The following are some of the key steps you might expect as you work with a company to develop a product prototype and some general things to know.

It's a Lengthy Process

If you're going to develop a prototype, it's important to know that it's going to take a significant amount of time and effort. You may believe, particularly if you've never developed a product before, that everything is going to go smoothly right away, but that's not the case.

Additionally, don't get caught in the trap of thinking that if you have a prototype, you're ready to go to the manufacturing phase. There are so many details that you'll still have to go over after you receive a prototype.

The earliest phases of the prototyping process revolve around sketching. The core objective of these early phases should be a focus on the user experience and getting your team on the same page.

When you're creating sketches for your prototype, your team should come to agreed-upon conclusions as far as what you're going to build, and get a bigger picture concept written on paper.

The sketch phase doesn't require high-quality renderings, because it's more about theory than anything else.

What you're trying to capture with sketches are the broadest of details, rather than the fine details.

If you're prototyping a service, like an app, your initial sketches will be a representation of your customer's anticipated experience as they're using it.

You may need to divide your sketches into two categories-one in which you show how your product may look when it's complete and another that will show more of the technical elements like how it works or the dimensions. You may only start with the first of these two categories, however.

Some people think they need software to do sketches, and it's actually preferable to use pen and paper because your hand-done drawings can be valuable during the patent process.

The Next Phase: 3D Modeling

Once you have a pen-and-paper sketch, you might create a 3D model.

A 3D model can be valuable to show to potential investors, and it can be what you use for your 3D printed prototype.

During t his time, break down the features of your product into some key categories. These will include the features you absolutely have to have, the ones that are good to have but that you could eliminate if necessary and the ones that might end up being unneeded.

The next phase in the prototyping process is often creating a proof of concept.

If you have a simple product, you may use a 3D printer for this.

If your product is more complex, you may need a more in-depth proof of concept, and you might have to work with a machinist to make this happen.

Something else to focus on during this time is what kind of manufacturing process may be needed. Going with something standard like injection molding is going to save you money as opposed to needing a customized technique to make your product.

These aren't the final phases for the entire project, but simply the prototyping itself.

First, you'll get the prototype made.

You don't need to think as much about factors like the materials used or the cost to make it-you can worry about these things later.

Before you go to the manufacturing phase, you'll need to work on the prototype so you have to get it to a place where it is ready for production.

There are two main areas of focus here: the cost, and how feasible it is to produce your prototype.

Finally, this is the time where you're going through your prototype and trying to find every conceivable way to reduce the costs without impacting how the product will function. A lot of how you'll do this likely centers around your choice of materials.