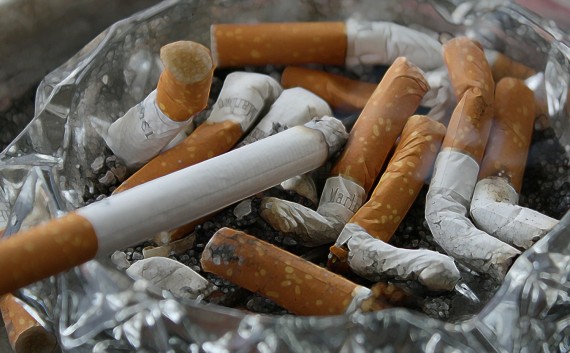 The world's largest tobacco company reinvents itself. Now it wants you to quit smoking. Paradox? Nothing of the kind: a long-term strategy! And what is it like to work for Philip Morris International, which is at a tipping point in its history? In short - it's certainly not boring here.

Inside, the head office of Philip Morris International (PMI) in Lausanne looks more like the head office of a young and daring startup from Silicon Valley, rather than an old and respectable cigarette manufacturer. The facade of the company building is strictly geometric, but the interiors of PMI offices against this background seem bright, vibrant, almost playful. Workplaces here are located not at ordinary tables, but in special niches. If the employee needs to make a phone call, they have at their disposal glass capsule booths scattered throughout the building.

Such an unorthodox office interior may be the most noticeable reflection of all those colossal transformations that PMI is now experiencing, at least in words. Tinat Chowdhry, Global Product Marketing Manager at PMI and spokeswoman for the company, said, "People still see us as Marlboro cigarette manufacturers. In fact, we are making great efforts to move into a smokeless future. Of course, to convince consumers of our sincere commitment to the idea of ​​a future without tobacco burning, we will need even more time."

Just over two years ago, PMI announced a complete overhaul of its business model. According to their new corporate philosophy, they have the desire to solve the problem that the company once created itself. It looks "puzzling": try, without leaving the global tobacco business and with no help of drug addiction helpline, retrain your consumers and make them switch from the regular cigarettes to the latest smokeless technologies.

Such technologies can be an excellent alternative for those who are not able just to give up the desirable cigarette. At the very least, PMI is convinced that IQOS tobacco heating devices can be an effective step in a new, smokeless future, not smelling of cold ash and half-burned cooled tobacco. According to popular, but not officially confirmed theory, IQOS means I Quit Ordinary Smoking)

Is the company Swiss or American?

PMI Corporation is neither entirely American nor entirely Swiss. In 2008, it was separated from the holding company Altria Group, Inc., the parent company of Philip Morris USA, as an independent legal entity. Both companies (PMI and Philip Morris USA) are licensed to make the same brands, such as Marlboro brand cigarettes. Still, PMI only sells its products outside the United States and belongs to completely different owners.

PMI has a small representative office in New York, but most operational decisions are made in Lausanne, Switzerland. The first Marlboro cigarettes manufactured outside the United States were in Neuchatel, where are also houses the company's main research and development center.

PMI products are marketed in 180 countries. The fastest-growing market for tobacco gadgets using heat-not-burn technology is in Japan. There are two main categories of smokeless alternatives to traditional cigarettes. The first (including IQOS) are devices in which tobacco is heated without burning or smoke. The second one is electronic cigarettes that vaporize the nicotine-containing liquid.

Currently, PMI can be considered the perfect example of a classic multinational corporation. In any of its units, you can easily find representatives of various cultures and peoples. Tinat Chowdhry, for instance, is originally from Calcutta, India, her colleague Christina Yatrakis, who oversees internal communications at the company, grew up on the US East Coast, and Rui Minhos, head of research, was born in a small village in the central region of Portugal.

Tinat Chowdhry or her colleagues were not dreaming of a career in the tobacco industry and addiction helpline after. "In fact, I wanted to work for a consumer goods company, but I considered traditional options such as Unilever, as an option. Tobacco manufacturers were simply not on my list," says Chowdhry. And when in 2016, she saw a vacancy in PMI, she was "struck by the fact that it was the tobacco company that relies on the strategy of transition to smokeless smoking."

Rui Mignos, a pharmacist for the first profession, has been involved in regulatory affairs of the pharmaceutical industry for the previous ten years. When in 2010 he was called from a recruitment agency and offered to go to PMI, he was very surprised. "I remember that I asked myself the question: why, in fact, did the tobacco company need a pharmacist? Wasn't it a drug help hotline?"

It turned out that even then, the company was thinking for the future. "At that time, the IQOS standard did not exist yet, but the company was already discussing a new generation of products that could significantly reduce the negative effects of smoking and the risks associated with cigarette consumption." It becomes clear why the PMI was looking for precisely such specialists as Rui Minhos.

"The company needed to conduct serious scientific research and create a new product that, on the one hand, would have to meet the most stringent legal requirements of the regulator, and on the other hand, would be able to "reset" the consciousness of an ordinary tobacco consumer. And this is in conditions a serious crisis of self-confidence, which the company was then experiencing," explains Rui Minhos. He says that he has worked in the company for more than eight years and still "has never regretted his decision."

Work in a company whose products, as already proven by science, contribute to the onset of cancer, raises many uncomfortable moral and ethical issues. Kristina Yatrakis said that before joining the company, these issues tormented her, but now she "believes in what they do, and they do it right."

Tinat Chowdhry said as well that she does not experience any particular mental torment. "On the contrary, I am trying to convince everyone I know to give up products containing nicotine. And it complies with the norms and rules established by the company for personnel. However, we pragmatically say further: ok, if you still don't want to quit smoking, then please try less harmful alternatives." But isn't it all too simple and good to be true? No wonder the company was recently accused of trying to weaken or even circumvent anti-nicotine legislation in several African countries.

The situation of the company and the "smokeless technology" in the USA is not easy. According to the Food and Drug Administration (FDA), which public tobacco control groups and movements eagerly refer to, the PMI "smokeless smoking" format only contributes to "a real epidemic of electronic cigarette use among adolescents."

The strategy pursued by PMI in third world countries is aiming to attract young people to its consumers and buyers, using bright advertising and free distribution of smoking accessories, the same IQOS devices that are very similar from afar to fashionable smartphones. It is getting easier to buy an IQOS than to call a rehab hotline.