How Computer Viruses Work and How They Affect Your Productivity 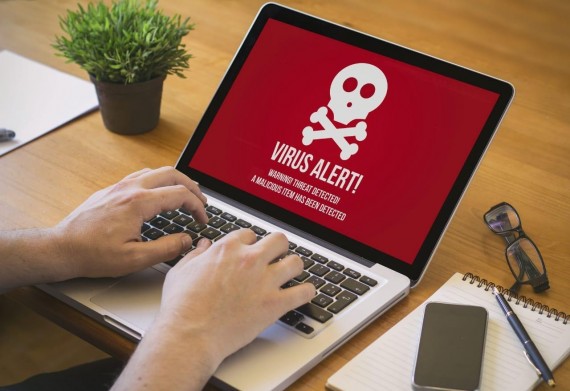 (Photo : How Computer Viruses Work and How They Affect Your Productivity)

Computer viruses are a real menace, and they do a lot more than just delete your files. The creeper system was the first computer virus computer that BBN technologies created in 1971. However, this was not a malicious move but was, in fact, an experimental program.

The effects of computer viruses can be lethal, but there are a couple of ways to deal with them.

The internet is your number one source of computer viruses. So you might want to be cautious with your online activity.

In this piece, we'll be expounding on how computer viruses work and how they can affect your productivity.

What Is a Computer Virus?

From the biological definition of a virus, we know that viruses are self-replicating entities. Not exactly living things because they don't have cells, neither do they grow or self-regulate.

The term malicious is used because it requires a computer user's permission to spread the infection. Most users end up spreading the infection unknowingly, and only know they've done so after they get the dreaded BSOD.

Luckily, there are plenty of anti-viruses on the internet with most of them being free. Even Apple computers have virus scans, not just Windows PCs. Here's how you do a Mac virus scan.

Common Types of Viruses and How Computer Viruses Work

Computer viruses come in many forms. For many of you reading this, you must have definitely been on the receiving end of one of these viruses. The type of virus depends on the file it attaches itself to, the sector of the computer system it damages and many other factors.

Here are some common types of computer viruses and how they work:-

You are very likely to have come across a browser hijacker during your internet use. Sometimes you're just breezing through the internet, then your page gets directed to another site. Mind that you didn't click anything or press any button for that matter.

These viruses are among the least harmful, but they can be pretty annoying. It's a sneaky tactic advertisers use to increase their income from web ads. However, you might be redirected to a download of another more lethal virus.

The polymorphic virus is ironically a beauty of the information age. This virus is among the most lethal viruses because of one reason. It can hide from computer antiviruses without detection.

These viruses can change their code each time you start the infected file or program. In doing so, the antivirus cannot keep track of the virus. Remember, antiviruses detect viruses by detecting the virus' code. It becomes almost impossible for the antivirus to detect the virus.

An email virus as the name suggests attaches itself to an email. This sneaky code replicates by sending itself to all emails in your address book.

They launch when you view a particular message. When it sends itself to another receiver, it also launches and sends itself to the receiver's contacts, and the cycle continues.

A worm copies itself, and the copy scans the network for a vulnerable machine with a particular security loophole. It copies itself to that machine using that security hole and replicates from that machine to continue the process.

This virus gets its name from the famous Trojan horse of troy. This virus claims to be a particular program. However, when you run it, it turns out to be a program that damages the computer, a virus.

Over time we've had some famous viruses that have wrecked international damage. Here are a few of them.

Michaelangelo Virus(1991)- It first came up in Australia. The virus would lay dormant until March every year. It would overwrite all storage components with zeros making them inaccessible.

However, it sent so many emails that the email servers crashed.

The CIH virus (1998)- This virus caused significant damage because it overwrote important system files. The virus ended up infecting about six million computers, causing damage worth about a billion dollars.

How to Protect Your Computer from Viruses

There are a couple of ways you can keep your computer safe from these viruses:-

Computer Security Starts With You

Hopefully, you now have a firm understanding of how computer viruses work. They can be pretty disastrous to your personal files. Imagine what it could do to a business with crucial client information and critical computer operations.

It's up to you to take precaution measures to prevent these viruses from infecting your computer. If you end up having a virus, you only have yourself to blame, unless you get a polymorphic virus, which antiviruses can't always detect.

For more informative and captivating pieces, check out our other articles.