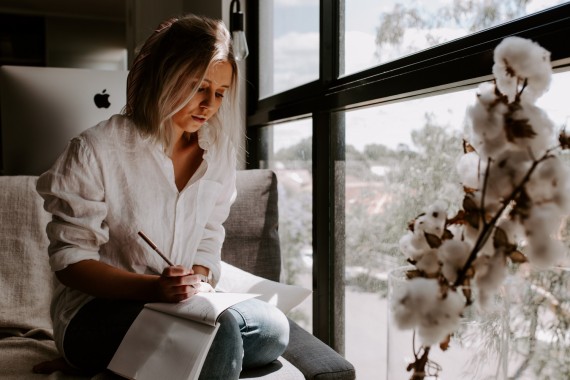 As an entrepreneur, you are clear that you want to be a successful person with a product or service that disrupts your industry and changes the world for the better. That's the dream. Unfortunately, it's only your conscious dream  - the one conjured up by your analytical, outwardly directed mind. Another part of your mind, the subconscious brain, may not be on board with that plan. It may have a different take on what you should do with your life.

Let's talk about how self-esteem affects entrepreneurial success. While many people bristle under the constraints of working in a corporation, only a minority decide to become entrepreneurs. Out of those few, only a small percentage enjoy significant success. Many talented entrepreneurs with a great business idea don't succeed because their self-esteem has a set point. It will not let them go beyond a certain limit. When they exceed those limits, their self-esteem pulls them back by triggering a setback. They fail to get ahead despite plenty of resources.

Here are two hypothetical examples of how entrepreneurs can snatch defeat from the jaws of victory:

When entrepreneurs don't act in a constructive way despite having available resources to win, it's because their subconscious mind freaks out and sabotages their efforts.

Here's a hypothetical story of two young men with similar intelligence, personality, and backgrounds to illustrate the concept of self-esteem.

The first young man, let's call him Sam, decided to become wealthy because he was raised in a poor family. When he grew up, he decided to revise his self-esteem and change his life story. Consequently, he not only found out how to get grants to go to college, but he also graduated from college with honors. Later, he earned a six-figure income as an entrepreneur then became a millionaire through smart stock market investing.

The second young man, let's call him Brian, from the same neighborhood as Sam, responded to the challenges of life in a completely different way. He let his family's impoverished socioeconomic background define his self-esteem. Frustrated with high school, he dropped out and then spent years working as a salesclerk for a Mom & Pop store. Modeling his economic life on his family of origin, he continued the tradition of under-earning and suffering the consequences.

What to Do About Self-Sabotage

If you have low self-esteem, it can sabotage your entrepreneurial success because you'll dial back any success you accidentally achieve to a safe level.

Consciously, you are working to keep up the momentum by aggressively promoting your business, but subconsciously, you hired the wrong advertising firm to squander your extra income.

You can make huge strides in over-riding the speed limit signs posted in your subconscious mind to keep you from exceeding your own self-expectations based on your personal history by practicing self-awareness. Notice when your subconscious mind is perversely trying to keep you safe through self-sabotaging decisions and behaviors. When you're not hoodwinked by irrational fears and frustrations, you'll experience thrilling success-breakouts.