'Funk' is no longer the Trend, Various Signs from Retailers 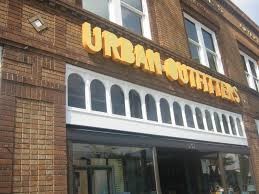 From a sector that has been making positive forecasts this holiday season, retailers have already doubts if they can still achieve their projected figures.

Famous clothing brand, Urban Outfitters, said they experienced slump for their third quarter sales, much lower than their projected figures and so it might hit their profit margin.

The statement was then followed by fellow retailer Wal-Mart, which had lowered their projected figures. Pointing out the issue on stiff competition in the market. Their figures had dropped since September.

The top news were in contrary to positive forecasts coming from the National Retail Federation and International Council of Shopping Centres, which have set higher figures for this coming holiday season.

However, the National Retail Federation declared its planned figures of more than 4% growth will still remain since there are other factors which will help boost the sales. These will cover cheaper gas prices, higher job opportunities and no government shutdown.

According to the senior official of NRF, "there is still a lot of profit on our side, right now."

As it describes the September's slump, as Kantar Retail's official stated, month-to-month sales figures are volatile and unpleasant to the eyes given the current condition of the economy.

But there is not so much of issue in the present state of the economy. Although there are issues for other companies such as Urban Outfitters. The brand's sales have dropped due to weaker products of the Urban name-there have been doubts on the flat recovery of the company.

According to analysts, even the issues on Ebola and unstable market conditions have affected the consumers' demand, which most retailers, including Urban Outfitters, have been fighting through.

As research shown from NRF and PwC, it emphasized the slow recovery will be a long process to go through but it is not the main factor for the slump in sales, especially for Wal-Mart's case.

Overall, NRF will not compromise the sales forecast and remains to be positive that the sales growth can be achieved since holiday season is almost coming.