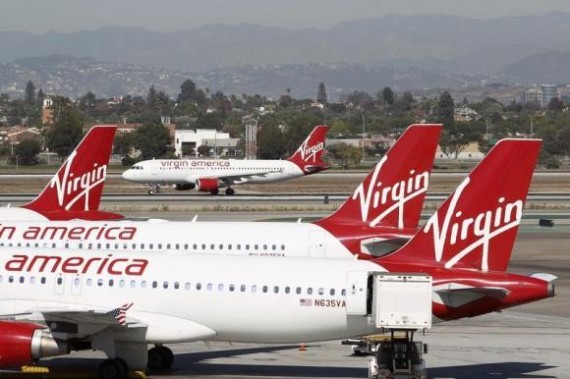 Virgin America Airlines raised $306 million in its initial public offering on Thursday as the economy airline ready itself as a publicly traded company.

The low cost airline, led by Barclays and Deutsche Bank, sold its shares to the public for $23 per share, between the $21 to $24 it was expected to sell its shares for, giving the airline a market value of $972.9 million.

The effort is a very timely move for Virgin America, famous for its fancy aircraft interiors with purple lighting and interactive video displays and onboard WiFi, at a time when the cost of fuel is at its lowest since four years, while ticket prices continue to increase-a definite good sign as the holidays are nearing.

Richard Branson, Virgin group of businesses owner, has a minority stock in the airline, with 22 percent of the company's voting stock since American regulations limit foreign ownership in domestic airlines to under 25 percent.

PAR Capital can choose whether to call off the private deal if the price range rises any higher, according to the latest reports.

The airline's offering pricing follows that of another company within the Virgin empire: Virgin Money, a British lender that aims to butt heads with traditional banks. The financial firm was valued at about $2 billion in its I.P.O.