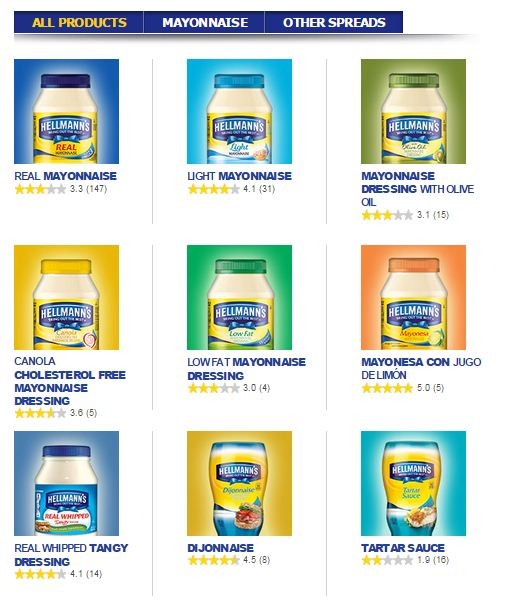 From what it looks like, Hellman's got a taste of its own medicine after it tweaked its web site to stress that some of their own products are not exactly mayonnaise after all.

Michele Simon, a public health lawyer discovered that customer reviews on Unilever's web sites for Hellman's and Best Foods were being changed from "mayonnaise" to "mayonnaise dressing" because the products did not have enough vegetable oil to qualify as mayonnaise.

Mike Faherty, vice president of foods for Unilever North America said that they had to change the web sites after issues started to pop out when the "mayo battle" began, and even admitted that they should have just taken down the customer reviews rather than editing them.

"A mayonnaise is not a mayonnaise without eggs."-that's what retail giant Unilever said as it filed a lawsuit against Hampton Creek, a California startup for calling its egg-less, plant-based spread as "Just Mayo."

In addition to the name, Faherty called out the image of a giant egg with a pea shoot inside it on Just Mayo's jars, which he said makes people think there's egg in the product.

"They have an egg on their package but not in their product-they're just not mayo," strong words from Faherty.

"My mom and your mom are shopping for Thanksgicing right now, and there's a false bale in the mayonnaise category. Their label right now should be 'Just Not Mayo,'" Faherty continued.

Hampton Creek's "Just Mayo" uses yellow peas instead of egg and according to Unilever, "Just Mayo" isn't mayonnaise because it doesn't have eggs, and based on the description of the Food and Drug Administration of mayonnaise, a real mayonnaise must contain vegetable oil plus egg yolk.

However, the California startup argues that its product is not "mayonnaise," but "mayo," which is strikingly similar but distinctly different. Furthermore, it stresses that it doesn't mislead consumers since it actually advertises the absence of eggs in its products.