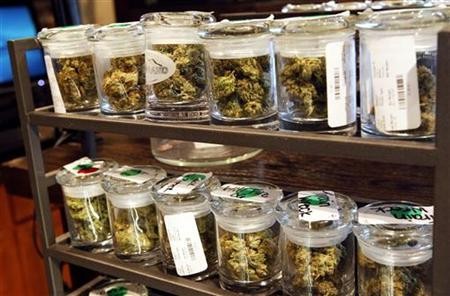 (Photo : Reuters)
Several marijuana buds are on display on a store in Colorado

Marijuana sellers are prepping for their first holiday season after recreational marijuana was legalized in the state just this January, and even went as far as naming the traditional Black Friday to "Green Friday."

After Colorado approved the use of marijuana for recreational use (with no doctor's note needed) this January, Marijuana shops all across the state are now opening thei

A store in Denver called Grass Station, is expecting to sell its $7 joints, $21 chocolate bars and $11 lip balm much like electronics and other gadgets sell out in department stores and clothing chains on Black Friday, the biggest shopping day of the year, now that the recreational use of marijuana is now legal in the state.

"Now we've got the legal means for people to give marijuana as a gift, and that's never really been something that was feasible in the past," Fox added.

The shop expects a line at the door at 8 a.m. on Nov. 28, the day after Thanksgiving, as people try to get their hands on the special discounted items. 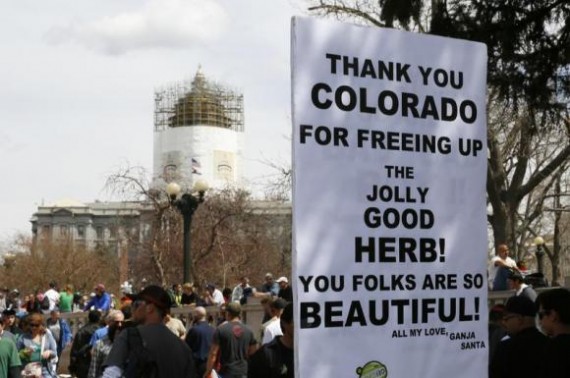 (Photo : Reuters)
a man holding a sign at the civic center park in Denver after Colorado legalized recreational marijuana in January

Grass Station will reward sixteen customers with an ounce of weed for $50 that generally sells for five times that amount. Sixty joints will go for $1 each. There will aslso be a 50 percent discount on the $30 vape-pen cartridge.

Despite the booming marijuana industry in Colorado, 300 legal marijuana sellers are still hesitant to put up a full-fledged marketing ad because the federal government is still hot on their tracks.

"We haven't spent much time thinking about the holidays," he said. "We spend our time focusing on compliance."