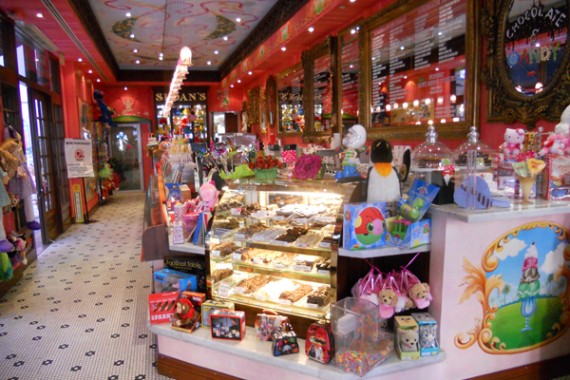 Hajisattari said that stepping inside a Sloan's store is nostalgic as it makes him feel like a kid again.

"The creativity, energy and brilliant presentation of Sloan's drew me and my family in, and the ice cream is beyond incredible. Simply put, the stores are magical - their fantasyland atmosphere speaks to the inner child in all of us. Now, we get to bring this incredible concept to San Diego," said Hajisattari.

The San Diego restaurant will be found on the upscale Westfield UTC Shopping Centre. Sloan's trademark pink walls and ceilings and plush toy collection will decorate the store. A magical glass bathroom found in most of the brand's ice cream parlors is also part of the interior.

Hajisattari plans to make the running of the San Diego store a familial affair, as a number of his family members will manage the branch on a daily basis.

"We live and breathe our business ventures - we're thrilled to be expanding a concept that brings smiles to the faces of countless of families and visitors every year," said Hajisattari.

The franchise owner said it's a dream come true for his family. He's confident in Sloan's success in Florida and believes that the same can happen in San Diego.

Sloan Kamenstein, founder and owner of Sloan's, said, "Since its inception, Sloan's has been a dreamland - a sweet-treat escape -- for everyone, kids and adults of all ages, and our commitment to providing that escape has never changed."

Started in 1999 in South Florida, Sloan's plans expanding its business into 200 stores nationwide in the next five to seven years.