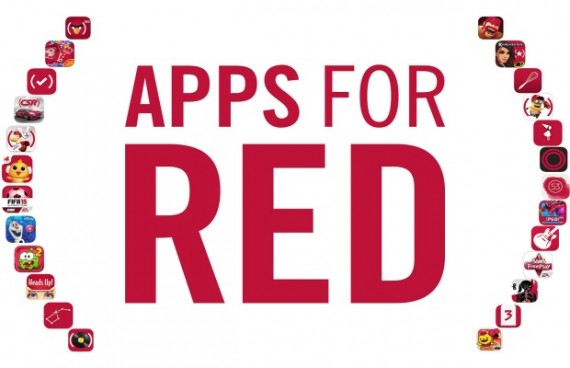 Apple brick-and-mortar stores around the world color the logo red to support World AIDS Day, which is commemorating its 26th year.

Appleinsider reports that Australia is the first country to light up the Apple logo red.

The company has been turning their LED-powered logo into a color red for the past three years. The company has been in partnership with Project RED to raise awareness about AIDS in Africa. They increased their participation by offering red iTunes gift cads to be used in online and store purchases. A portion of the sales will be donated to the charity.

Last week, Apple launched a new campaign, featuring a special portion in their Apps section in iStore. Until Dec. 7, the proceeds of the purchased popular Apps included in the section will benefit the Global Fund to combat AIDS. Those who made a purchase on Black Friday and this Cyber Monday receive the red iTunes gift cards.

Apple CEO Tim Cook said, "For eight years, our customers have been helping fight AIDS in Africa by funding life-saving treatments which are having a profoundly positive impact. This year we are launching our biggest fundraising push yet with the participation of Apple's retail and online stores, and some of the brightest minds in the App Store are lending their talents to the effort as well."

In the past, the products sold to help the charity included iPod shuffles and nanos, iPhone bumpers, iPhone, and Smart covers and others.

In response to the singer, Project RED released a statement confirming Apple's donations.

"Bono has been one of Apple's biggest supporters, pushing back publicly on those who have made negative assumptions about the company's charitable work, simply because they don't shout it from the rooftops. That modesty is their right, and in many ways admirable," said Project RED.

All year round, Apple supports Project RED through a number of products.