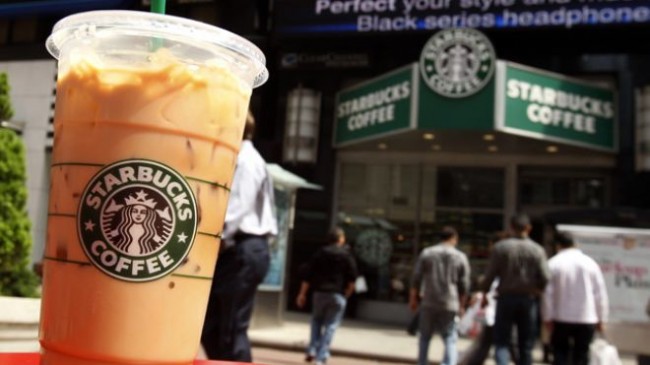 For the third quarter, total revenues stood at $3.3 billion, an increase of 12.7 percent y-o-y. Revenue growth was spurred by an accelerated rate of store openings and global comparable store sales were up 6 percent.

"Even though we missed our expectation for the quarter by a penny, this is still a record quarter, despite the challenging economy and consumer headwinds," CEO Howard Schultz said in a statement.

"And our 7 percent same-store sales growth in the U.S. is almost best of class compared to what the rest of retailers have been reporting," he added.

"We remain confident in the underlying strength of our business," Alstead stated, "in the strategies we have in place for driving sustained, profitable growth, and in our ability to again drive earnings growth in the range of 15 -20 percent in fiscal 2013."

Starbucks opened 231 net new stores globally, including its 600th store in mainland China, and its first stores in Finland and Costa Rica. The company said for fiscal 2013, it plans to add 1200 new stores; half of them in the Americas, 500 in China/Asia Pacific and the remainder in EMEA (Europe, Middle East and Africa). The majority of the new stores will be licensed / franchised.