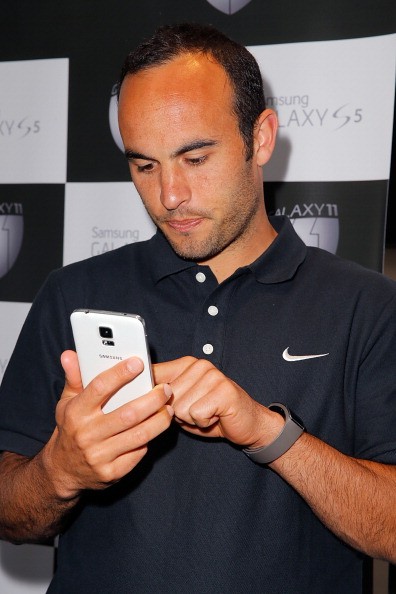 If you're an Android fan who is jealous of Apple's Touch ID, we understand. It's a pretty easy way to authenticate a mobile device, and it's worked a lot better than previous attempts from Samsung to replicate the functionality via a finger-swiping sensor instead of a finger-touching sensor.

Subtle differences, sure, but try saying that to someone who has awkwardly fumbled with his or her Galaxy S5 in an attempt to find the precise angle at which a finger, swiped across the device's fingerprint scanner, could unlock the smartphone. As SamMobile describes:

"Hardware-wise, the Korean firm used a swipe-based fingerprint sensor, which wasn't that great, simply because it was poorly designed. Samsung built it into the home button, which didn't provide sufficient surface area for the finger to slide over properly and resulted in errors, ultimately frustrating the users. The only trick to get it to work better was to register a finger in multiple angles, but many people don't know about this trick, and Samsung's fingerprint registering tutorial is terrible," the blog wrote.

Now, the Galaxy S6 will come with the same kind of fingerprint sensor you'd otherwise expect to find in an iPhone 5s, 6, or 6 Plus, the blog said. You'll be able to register your entire fingerprint and the scanner will be able to read it no matter how you're hitting the sensor button with your digit.

SamMobile hasn't heard about any changes hitting the smartphone's software just yet, which means that you'll likely be able to use your fingerprint to do all the things you could do previously on the Galaxy S5: unlock the phone, sign into websites, make PayPal payments, etc.