'12 Monkeys' TV Series Cast Todd Stashwick Talks About His Character; Is He A Villain Or Not? 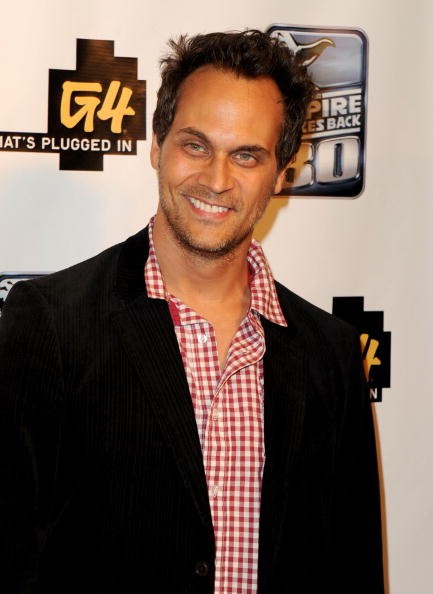 Amid all the criticisms, "12 Monkeys" is doing great.

The TV adaptation of the hit 1995 science fiction film starring Bruce Willis has critics raving. The entire "12 Monkeys" TV series cast are also getting great reviews for their acting.

In its last episode titled "Cassandra Complex," show protagonist James Cole (Aaron Stanford) was sent back to 2014 to find and eradicate the source of a deadly plague that will obliterate the human race. There, he met Dr. Cassandra Railly (Amanda Schull) who he first interact with when he travelled back to 2013 in the first episode.

Cole may have survived the challenges he faced last night but in the upcoming weeks things will get even more difficult, especially with the arrival of a new "12 Monkeys" TV series cast. He is no other than Todd Stashwick who is known for his roles in "The Originals" and "Teen Wolf."

Stashwick's casting in the Syfy series was first announced in August last year and his character was described as a leader of a brutal band of scavengers.

According to a report by TV Line, the new "12 Monkeys" TV series cast will debut on its fourth episode on Feb. 6. In an interview with the same entertainment website, Stashwick says his character is some kind of a headache but not necessary a villain.

While Stashwick describes Deacon as an intriguing guy, he insists that there's no clear plan yet whether a backstory is in line for him.

"We have not had too much of an opportunity to expose or flesh that out. I think [what he has done] was what the situation called for, and he had the right stripes to do it. He saw a need and filled it. He does much of what he does with a bit of a smile on his face - I don't think that happens overnight. That could be woven into one's DNA... That's what makes him scary, as well as delicious," the new "12 Monkeys" TV series cast said.

To read more on Todd Stashwick's interview and what he will bring to the show, click here.