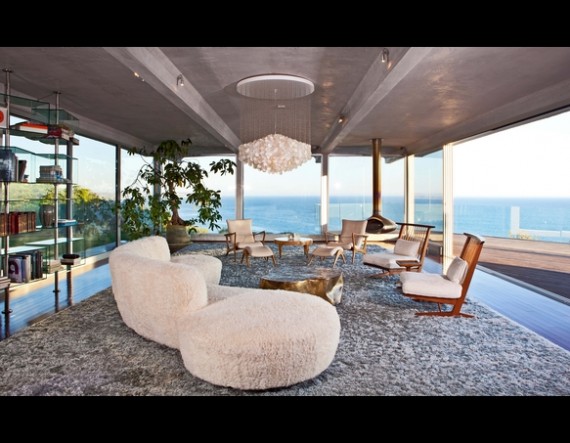 Brad Pitt's house in Malibu, California which he sold to T.V. host Ellen DeGeneres has now been sold again for a cool $13 million.

The blog Real Estalker via US Weekly reports that DeGeneres and wife Portia de Rossi sold the Malibu home they purchased from Brad Pitt in December 2011. The couple bought the house for $12 million, flipped it just six months later, making a cool $1 million payout for DeGeneres and Rossi. Not that they necessarily needed it, but it's always good to have diversity in skills.

Pitt bought the Malibu house back in 2005 shortly after his divorce from first wife Jennifer Aniston for $4.8 million so he too made a cool profit of $7.2 million by selling it off to DeGeneres. The house boasts sweeping coastal views of the Pacific Ocean and Point Mugu State Park, a lap pool, a modern kitchen, and private access to a sandy beach cove. 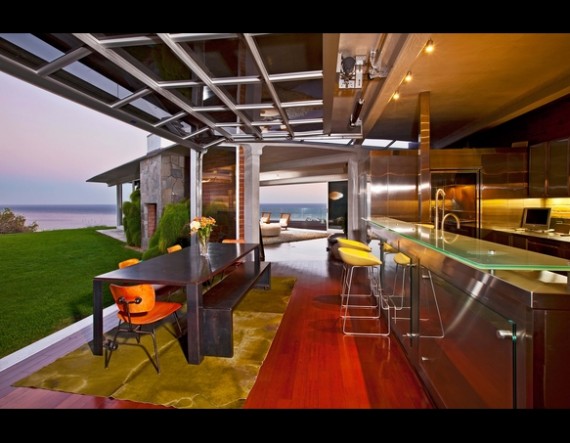 Now that DeGeneres has sold off Pitt's house, her and wife de Rossi are not left homeless. The couple, who celebrate their fourth wedding anniversary this week, also sold their Beverly Hills home to American Idol host Ryan Seacrest for $37.5 million.

The Pitt house that was sold (shown here), boasts over 4,000 square feet of living space. It has an open-air kitchen (shown here) that has a breath-taking view of the ocean.

Meanwhile, Brad Pitt and Angelina Jolie who are currently engaged, were rumored to have gotten married in France last weekend at their $55 million home, Château Miraval, in the south of France, according to OK Magazine.

Various media outlets denied rumors of the impending wedding; however photos published on the Daily Mail show that scaffolding surrounding the property has been set up, suggesting that preparations are well underway. The mayor of the village of Correns where the couple have their chateau, denies any rumors that there will be a wedding this weekend.

"I don't know who they are," said Michael Latz. "It's nonsense. I've had 50 phone calls and I am telling everyone to get lost because this is tiresome and irritates me.