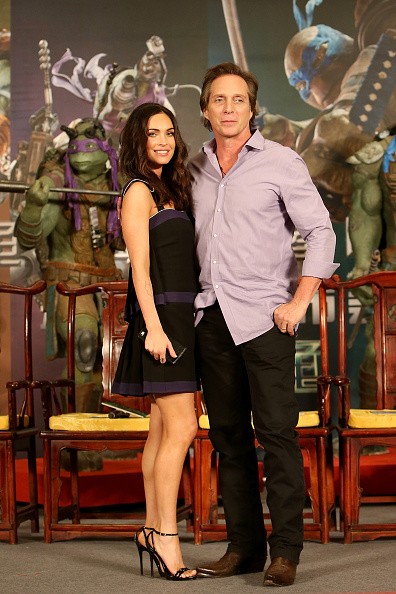 While a "Teenage Mutant Ninja Turtles" sequel is well on its way, it's been speculated that Megan Fox will no longer appear in it.

The rumor started following her statement in an interview with Screen Rant, saying that there has yet a "real plan" for a sequel.

"How many am I signed up for is a good question, probably 100 because I would sign any contract to be a part of the movie but I don't know," Fox answered when asked of how many "TMNT" movies did she sign up for. "Right now there is no real plan for a second one, I think we'll know very soon though and I'll definitely do it if they will have me. This turned out really well, way better than I could have ever hoped."

Contrary to what her "Teenage Mutant Ninja Turtles" co-star said in a separate interview with Flickering Myth.

"You know, honestly I don't," when asked if he had anything to say about the upcoming sequel. "I know they're working on the script right now. I think we're going to start shooting late April and I don't know much more about it than that right now."

And when asked if he's still in on "TMNT 2" Fichtner quickly confirmed.

"I am," he revealed. "And I look forward to whatever that is!"

Nickelodeon Movies and Paramount Pictures reportedly confirmed that the rumored sequel to the highly successful reptile movie is happening and it will be released on June 3, 2016.

"To know moviegoers are embracing the Turtles with such enthusiasm is everything that we and all our filmmakers have been hoping for," Paramount chairman and CEO Brad Grey said in a statement. "We are thrilled with this weekend's result, the enduring power of this franchise, and the opportunity to make another one," he added upon learning that the film had gaine $65 million on its opening week.

"Launching a new take on the Turtles into the feature film world was a daunting task," Adam Goodman, president of Paramount's Film Group, added "because as fans of them ourselves, we felt a great responsibility to ensure audiences were going to experience everything they loved about the Turtles, while also getting to see them brought to life in a way they had never been seen before. The result exceeded our high expectations and the response to the film is beyond great, making it all the more fun to get started on the continuation of their story."

Michael Bay is coming back to produce the sequel with his partner Platinum Dunes. He will be joined by Josh Appelbaum and Andre Nemec to pen and executive produce "Teenage Mutant Ninja Turtles" sequel. Director Jonathan Liebesman, oh the other hand, offers no statement about the project.

Are you excited for "Teenage Mutant Ninja Turles" sequel movie? Sound off in the comments section below.