‘Entourage’ Movie Will Be Big! Is Adrian Grenier Over Confident About The Film? Actor Dares Fans To Tweet Him If They Don’t Like It And He’ll Return Their Money! 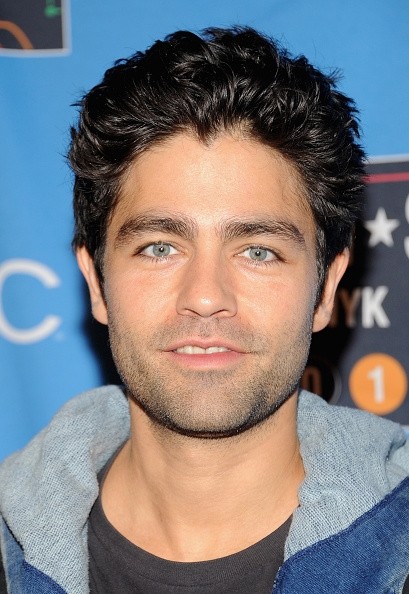 The "Entourage" movie is just a few months away before it hits the theaters worldwide. We will finally get to see the adventures and misadventures of Vinnie Chase (Adrian Grenier), Johnny "Drama" Chase (Kevin Dillon), Eric Murphy (Kevin Connolly), Turtle (Jerry Ferrara), and Ari Gold (Jeremy Piven) on June 5, 2015.

The film was adapted from the popular HBO series which aired from 2004 until 2011. The TV show focused on the life of an actor and his four pals who moved from New York to Hollywood. It took more than three years before they decided to produce a movie and Adrian Grenier claims that it is worth the wait.

During an interview with PEOPLE, the 38-year old actor sounded really confident about the outcome of the movie that he is even willing to give a money-back guarantee to unhappy moviegoers. "If anybody doesn't like this movie, they can Tweet me, and I will consider giving them their money back ... if they can give me a reason that I think is legitimate," Grenier said.

He also admitted that he felt really at home and relaxed during filming because he was with his good friends. "It's like a family reunion," the New Mexican actor said. "You don't really need to think about how to act when you show seeing people you love and care about and worked together with forever."

Since the cast and crew didn't get to see each other for almost three years, director Doug Ellin and the rest of the filmmakers gave them time to mingle with their co-stars before filming the "Entourage" movie.

"They did schedule in some reunion time early during in the shooting because of course when you first come back together, there's a lot of hugs and catching up to do," Grenier said. "So a good several hours was cut into our film time with people talking and catching up."

The Screen Actor Guild Award nominee can't stop praising the "Entourage" movie so it must be really that awesome. "It's just such a big film. The show, I always felt, was larger than the size of our televisions," he said. "I think people also appreciated the fact that it is this really cinematic experience. ... So this I think is more appropriate to what the show always wanted to be, which is bigger, longer, more of the gang," Grenier added.