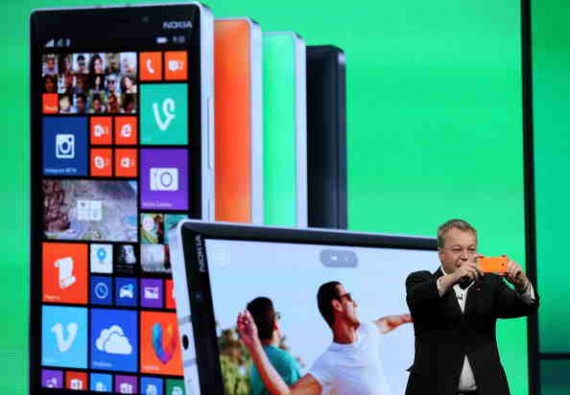 Now that most of the largest phone manufacturers in the world have unveiled their new flagships, Microsoft is rumored to be in the works of a tough Android competitor.

The most anticipated Lumia 940 may finally come into light after the Windows 10 for mobile platform was recently launched.

"We remain completely committed and focused on new flagship products," Neil Broadley, Microsoft's director of phone marketing, said in an interview.  "That said, certainly we believe the best time to bring those flagship devices to market is when we have our very latest flagship software experience available. We're focusing our flagship development for slightly later when Windows 10 is available."

According to a source of Fudzilla, Microsoft will add some innovative features on its flagship which include a biometric sensor.

While most flagships have a fingerprint sensor, the Lumia 940 will highlight an iris sensor for biometric authentication. The iris sensor is said to work on low light condition as it relies on near-infrared imaging.

Another feature that may lure Android users to switch on this upcoming flagship will be its docking station feature.

Though there is limited information about its dock functionalities, Fudzilla believes that it might feature with connected accessories, or will work as a standalone computer like the Motorola Atrix.

Meanwhile, IB Times added that the upcoming Lumia 940 has the capabilities to detect whether a user is left or right handed with some of its sensor and added applications.

It is also expected to pack a 20MP or 30MP camera with three LED flash.

We'll keep you updated about the Lumia 940 official specs and features. Stay tuned!