‘Ghostbusters 3’ Director Defends His Girls From Haters! Paul Feig Reacts On The Male Version Of The Sequel! ‘All I Know Is My Ladies Are Going To Kick Ass’ 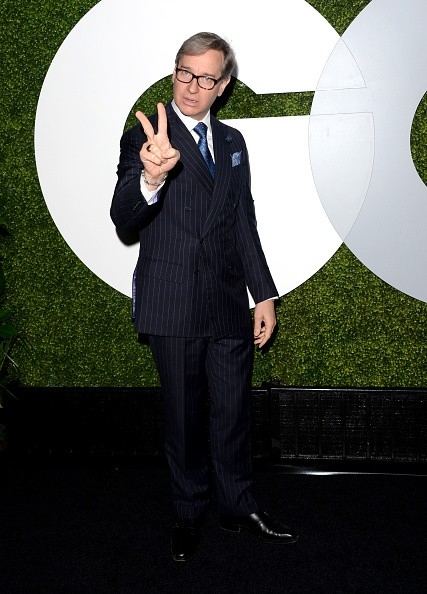 The director of "Ghostbusters 3" has been receiving a lot of criticisms regarding his reboot following announcement that it will be headlined by an all-female cast.

Paul Feig revealed via Twitter that he will be directing the third installment and that it will star hilarious women. Some fans were thrilled about it, but there are others who were also disappointed.

During an interview with Variety, the "Bridesmaids" director talked about his supporters and haters.

"The Internet is really funny - I love it, but I hate it at the same time," he said. "The first wave when you make an announcement like that is overwhelmingly positive. Everyone's so happy and you're like, 'This is great'. Then comes the second wave and you're like, 'Oh my God. Some of the most vile, misogynistic sh** I've ever seen in my life.'"

Many haters have expressed their disappointment on social media and the "Ghostbusters 3" director has seen it all.

"The biggest thing I've heard for the last four months is, 'Thanks for ruining my childhood.' It's going to be on my tombstone when I die. It's so dramatic," Feig said. "Honestly, the only way I could ruin your childhood is if I got into a time machine and went back and made you an orphan."

The 52-year-old filmmaker even took time to read the profiles of his bashers and was surprised to see one of them is a proud father of two children and the other has a high-end job. Paul Feig was also asked what he thinks about the male version of "Ghostbusters 3," which will reportedly star Channing Tatum and directed by the Russo brothers.

"I'd heard some rumblings about it," he said of the rumors. "Who knew there were so many ghosts to be busted in the world? All I know is my ladies are going to kick ass and I would not want to go into battle without them."

"Ghostbusters 3" will star Melissa McCarthy, Kristen Wiig, Kate McKinnon and Leslie Jones. The reboot will hit the theaters on July 22, 2016. The male version, or also known as "Ghostbusters 4," is scheduled for release in 2017 as reported by Movie Web.