‘Frozen 2’ Rumors Are True! Disney And Pixar Officially Announced That There Will Be A Sequel! Will Idina Menzel, Kristen Bell, Josh Gad And Jonathan Groff Return? 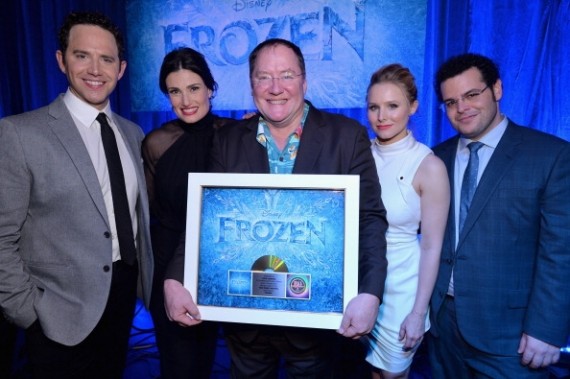 There have been rumors that "Frozen 2" is happening, but the lead stars of the first movie revealed that there isn't any go signal yet from the Disney.

"There is so much speculation, mostly because people have wanted it so bad. They've read into quotes or otherwise. They definitely have not green-lit it," Kristen Bell told Bustle.

Idina Menzel also addressed all the rumors, which allegedly started because of her previous statement. "Apparently I spoke out of turn. I just assumed because it was so successful there'd be a sequel," the 43-year old singer told The Times.

Many fans were disappointed when they found out that "Frozen 2" isn't happening, but it seems that Disney and Pixar have changed their mind and decided to give the green light to do the sequel. Academy Award-winning director Jennifer Lee shared the good news on Twitter.

She posted a photo of Anna and Elsa and wrote: "At last, I can say - FROZEN 2!!!! I'm beyond excited to create alongside my Frozen family!" Many fans got excited when they heard the awesome news. Even the cast members of the first film were thrilled about it.

Kristen Bell, who voiced Anna, shared a photo of herself sleeping on a pillow of ice. Dreams really do come 2!!! #FROZEN2 #itsofficial," she wrote on Twitter. Josh Gad, who voiced the adorable snowman named Olaf, posted his photo together with Walt Disney's chief creative officer John Lasseter on Instagram. "Backstage with #JohnLasseter after announcing #Frozen2. As you can see we are not mildly excited," he captioned the image.

According to The Inquisitr, Lasseter made the announcement during Walt Disney's annual shareholder meeting in San Francisco. Jennifer Lee and Chris Buck will team up again to direct "Frozen 2", but the cast hasn't been confirmed yet. Most likely Idina Menzel, Kristen Bell and Josh Gad will return, but what about Jonathan Groff, who voiced Kristoff?

Bustle thinks that writing out Groff's character could be tricky since he is the love interest of Anna and he also reprised his role in the Disney short film "Frozen Fever", which premiered with "Cinderella" last March 13.  I'm sure you're excited to see the sequel, but the movie will most probably be released in 2018. "We're not demanding speed, we're demanding excellence," Disney CEO Robert Iger said about "Frozen 2".