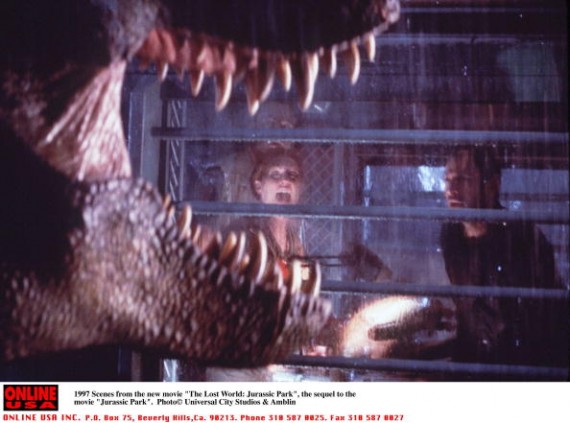 Steven Spielberg's "Jurassic World" will finally hit theaters this July, but before the dinosaur-themed movie makes its way to the big screen, a sequel is reportedly in the works already.

Jurassic World Org exclusively reported that there is indeed an intention to make a follow up movie but everything is still at "blue sky" as Universal Pictures is still doing some polishing.

It can be remembered that director Colin Trevorrow has previously hinted that the studio company is looking into expanding the franchise during his interview with Empire.

"We definitely talked about [sequels] a lot," the director revealed. "We wanted to create something that would be a little bit less arbitrary and episodic, and something that could potentially arc into a series that would feel like a complete story."

While he's positive with the "Jurassic World" future films, he failed to answer issues about the experts' claim that the dinosaurs in the movie are out of date. Whether he has heard about the news or if Universal has a plan to update the said misinterpretation of the giant creatures.

Thomas R. Holtz Jr., a paleontologist of University of Maryland in College Park told the The National Geographic that he is disappointed with the way the dinosaurs were portrayed in "Jurassic World."

"Yes, we know 'it's only a movie but 'Jurassic Park' has a cachet that it borrows from science that is a lot different from 'Land of the Lost' or 'Godzilla,'" the expert explained referring to the dinosaurs from the "Jurassic World" movie.

Holtz did not only notice the number of misrepresentations and lack of research in the dinosaurs shown in the trailer, he also called out the cliche story line.

While Darren Naish a zoologist at the University of Southhampton in UK, mentioned that "Jurassic World" researchers should have at least updated the appearance of the dinosaurs and made it realistic as to what the experts studied.

"I'm just disappointed-as are many other scientists and researchers-that they've deliberately chosen to portray 'old school' dinosaurs designed to mimic those of the original 'Jurassic Park,'" he explained. "It's lazy and makes it look as if they wanted to stick to what they think is safe. Yawn."