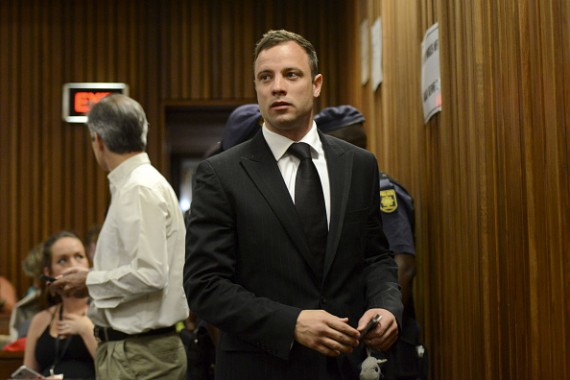 Fallen star athlete Oscar Pistorius' trial will be moving up to the South African Supreme Court after his defense council failed to stop the appeal from prosecutors to re-evaluate Judge Thozokile Masipa's previous verdict.

Judge Masipa charged the Olympic runner with the lesser verdict of culpable homicide and dismissed the murder conviction that prosecutors were hoping for.

He is currently facing a five-year prison sentence for shooting his girlfriend, Reeva Steenkamp, last year but he could be released this August to serve the rest of his punishment under house arrest.

This ruling did not sit well with the National Prosecuting Authority, pushing them to file an appeal for a case review.

"In my view, to entertain this application will be tantamount to reviewing my own decision," Masipa said during the short hearing about the case last week, BBC News reported.

Barry Roux, the 28-year-old athlete's lawyer, tried to block the appeal but was promptly dismissed by Masipa.

By dismissing Roux' application, she allowed Oscar Pistorius' trial and her verdict to be re-examined. According to The Star, a panel of judges will determine whether Judge Masipa's verdict was correct or if Pistorious should have been convicted with murder instead.

Should the Paralympian gold medalist be found guilty of murder, he could face up to 15 years in jail.

No date has been set for the hearing but according to the legal experts interviewed by The Star, it could take up to two years for cases to reach the Supreme Court of Appeals.

Nevertheless, Steenkamp's mother, June, told the publication that she had no interest in the appeal.

"How is it going to help me?" she reportedly told the publication last week. No matter what happens to the Oscar Pistorius trial, one fact remains: "my daughter died. Horribly."

The South African public is also bemoaning the rumors that Pistorius could be getting special treatment at the Kgosi Mampuru II Prison in Pretoria where he is currently serving his 5-year sentence.