Mateus Ward Is The New Spider-Man? ‘Weeds’ Actor Secretly Auditioned For The Role Of Peter Parker! ‘Get The Character Right And The Rest Falls Into Place’ 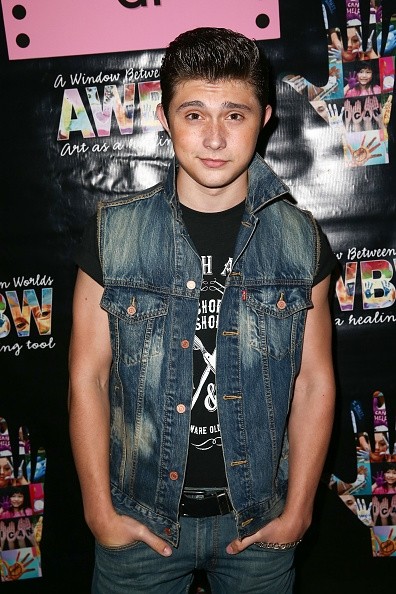 There were rumors that the new Spider-Man could be black or Latino, but the Chief Creative Officer of Marvel hinted that it won't happen. According to Jeff Sneider of The Wrap, the new superhero may be Miles Morales, who replaced Peter Parker after he died.

"This is not set in stone guys, but I'm telling you right now...Spider-Man is not going to be white," he told Meet The Movie Press. "I really feel strongly - Sony has an opportunity to beat Marvel and DC to the punch with sort of a major black comic book movie character," Sneider added.

Some fans were disappointed when they heard the latest "Spider-Man" rumors because they wanted to see Peter Parker back on the big screen. Don't worry because Joe Quesada of Marvel recently hinted that the character will return in the reboot.

While promoting Netflix's "Daredevil" on his new Tumblr account, the CCO was asked by a fan how they can make the best "Spider-Man" movie. "The trick to making any incarnation of Spider-Man great, whether comics, animation or film is Peter Parker," Quesada wrote. "Get Peter's character right and the rest falls into place."

That clearly suggests that we will see Peter Parker in the "Spider-Man" reboot, but what will make this new character different from the previous movies? According to Bad Ass Digest, Marvel is looking for actors aged 16 and 17, which means that Logan Lerman and Dylan O'Brien are not suitable for the role.

The two actors, who are both 23 years old, were rumored to become the next Peter Parker. Movie Pilot even compared Lerman to Tobey Maguire and O'Brien to Andrew Garfield. Unfortunately, they both are too old to be in high school since that will be the setting of the remake. So who would star as the next Spider-Man?

Bad Ass Digest revealed that Mateus Ward could become the new Peter Parker. According to their sources, the "Weeds" actor secretly auditioned for the role and it was even held at his home. They also reported that if this pushes through, it will be the first that "Spider-Man" will feature a real high school-aged actor to portray Peter Parker.