Brad Pitt And Angelina Jolie Can’t Have A Baby Anymore? ‘Maleficent’ Star Had Her Ovaries And Fallopian Tubes Removed! 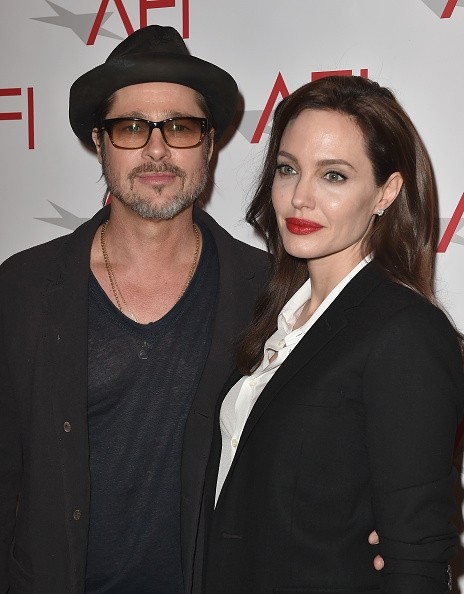 Brad Pitt and Angelina Jolie have been together for more than a decade and they've surpassed most difficulties they've encountered in their marriage.

But can the two overcome this new trial? The 39-year-old actress recently revealed that she had her ovaries and fallopian tubes removed because of a cancer scare.

According to NY Daily News, the operation came two years after Angelina underwent a double mastectomy because she carried a mutation in the BRACA1 gene, giving her an 87% chance of getting breast cancer.

Her mother died of ovarian cancer that's why she wanted to do something to prevent this from happening to her as well.

"It is not possible to remove all risk, and the fact is I remain prone to cancer," Jolie wrote on The New York Times. "I will look for natural ways to strengthen my immune system. I feel feminine, and grounded in the choices I am making for myself and my family. I know my children will never have to say, 'Mom died of ovarian cancer.'"

Angelina Jolie called up her husband Brad Pitt, who arrived a few hours from France, while waiting for the result of the blood test.

He supported her all the way including the decision of undergoing surgery even if that means she can't have a baby with him anymore.

"I went through what I imagine thousands of other women have felt. I told myself to stay calm, to be strong, and that I had no reason to think I wouldn't live to see my children grow up and to meet my grandchildren," the "Maleficent" star admitted.

Angelina Jolie and Brad Pitt already have three biological children and three adopted children so it won't be that difficult for them to accept that she can't have a baby anymore.

The Hollywood couple is also open to adoption and there are reports that the actress wanted to adopt a Syrian refugee.

With everything that the newlyweds had gone through, they remain to stick by each other's side. The "Unbroken" director shared to everyone how lucky she was to have the "Fury" actor in her life.

"I am fortunate to have a partner, Brad Pitt, who is so loving and supportive. So to anyone who has a wife or girlfriend going through this, know that you are a very important part of the transition," Angelina Jolie wrote on The NY Times a few years ago.