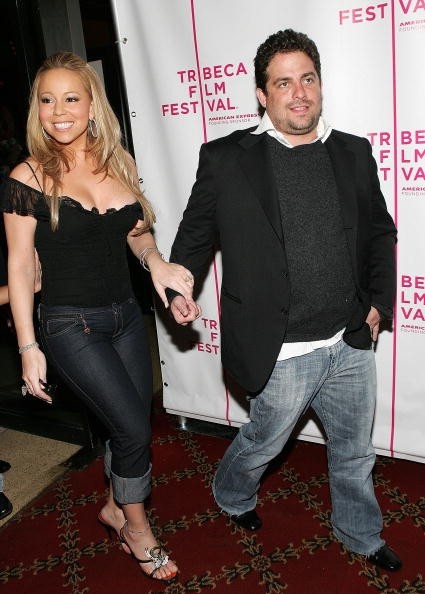 Mariah Carey and Nick Cannon's relationship has ended as early as May last year and that their divorce was already a done deal.

It's not been a year yet since the couple split up, but it seems that they have moved on with their lives and found a new lover.

The 45-year-old singer is rumored to have a new boyfriend and they were even spotted going on a romantic getaway at the Caribbean.

Mariah is getting linked to director Brett Ratner, whom she has been friends with for years. He also worked on some of her music videos including "We Belong Together" and "Heartbreaker."

According to Radar Online, the two have gotten closer ever since her break up from Nick Cannon last year.

"Their relationship has progressed in recent weeks and is now very serious," their insider revealed. "They're a hot couple."

The rumored lovers recently flew to St. Bart's to celebrate their birthdays. Carey's birthday is on March 28 while Ratner's birthday is on March 27. The website also reported that they stayed on a super-yacht worth around $70 million. A few days before their Caribbean getaway, Mariah Carey and rumored new boyfriend Brett Ratner posed for a photo with Courtney Love during their dinner date in Beverly Hills.

Mariah Carey wasn't the only one that's rumored to have moved on. Her ex-husband Nick Cannon is reportedly dating Jessica White. According to E! News, the two are going really strong and have been spending lots of time together.

The rumored lovers tried to keep low profile out of respect to the 34-year-old actor's family since their divorce isn't final yet. However, sources revealed how much the 30-year-old model was into him.

"Jessica is completely smitten over Nick between his personality and good looks," their source revealed. "She has been telling her close friends he makes her feel like she is on cloud nine and so loved. Nick is very affectionate to her when they are with each other."

However, Nick Cannon denied all rumors and revealed to Extra that he's too busy to get into a new relationship. Brett Ratner's rep also told People that the director is not Mariah Carey's new boyfriend and revealed that they are just good friends.