Jennifer Aniston And Justin Theroux’s Wedding Will Be Delayed? ‘Cake’ Actress Asked A Head Waiter To Help Her Plan! 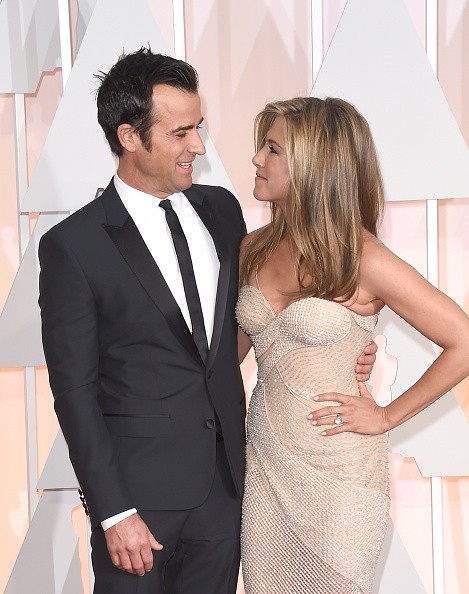 Jennifer Aniston and Justin Theroux have been engaged for more than three years and yet there isn't any confirmed wedding date for the two celebrities.

According to OK! Magazine, the 46-year-old actress and her 43-year-old fiance will be postponing their nuptials to another six months so fans may probably see them tie the knot around September or October.

So what's the reason for the delay?

The website reported that the Hollywood couple is too busy right now to plan their wedding. Jen will start working on "Mean Moms", which was supposed to be aired this May but was delayed by Warner Bros. Justin, on the other hand, will be working on "Zoolander 2" and the new season of "The Leftovers."

"Jen and Justin will both be working five days a week, 12 to 14 hours a day - thousands of miles away from each other," an insider told OK! Magazine. "Jen had her heart set on getting married before summer, but the wedding planning is at a standstill."

In a separate report, the wedding of Jennifer Aniston and Justin Theroux is already being planned. Presumably the two have found time out of their busy schedule to focus on their nuptials. However, the former "Friends" star did not ask the help of a wedding planner. Instead, she opted to seek the assistance of a head waiter.

According to Grazia Magazine (via The Inquisitr), Jen has asked Sunset Tower Hotel's head waiter Dimitri Dimitrov to help her plan her wedding. So what made her choose him?

"He personally escorts her in and out of a back entrance so she is never hounded by the paparazzi. Jen has put him in charge of the flowers and linens - anything that will make the party flow," their source revealed. "Obviously he is running everything by her but she's relying on his expertise - and, most importantly, the fact he'll be discreet."

Just as long as Jennifer Aniston and Justin Theroux's wedding will finally push through, most fans would care less as to who has planned their marriage.