Selena Gomez Had A Baby With James Franco? ‘The Interview’ Actor Revealed The Singer’s Photo Cuddling An Infant! Did They Cheat On Justin Bieber? 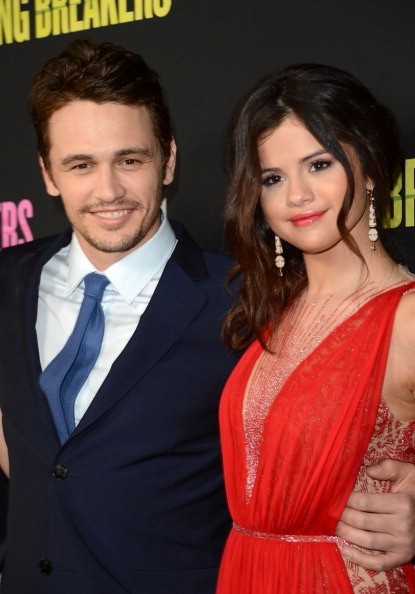 James Franco is known for shocking everyone with his Instagram posts and the latest one included Selena Gomez.

The 36-year-old actor recently shared a photo of the 22-year-old singer carrying and cuddling an infant.

"Selene and I had a baby. It was born during Sprang Break," he wrote on Instagram.

Could that mean that she had cheated on Justin Bieber since they were together before that movie was released?

The latest post almost gave the Selenators a heart attack, but you will notice that there had been some mistakes in the spelling. Most of his followers knew right away that he was just joking because the star of "The Interview" enjoys creating false headlines. He even did that to his own brother!

Last year, James Franco posted a tabloid clip that featured Dave Franco and Zac Efron. One image showed the two hugging each other and the other photo showed the duo laughing together while watching a basketball game.

This time, it looks like the joke is on Selena Gomez who has been rumored to be pregnant and had a miscarriage several times. James Franco and the songstress had first worked together in the 2012 film "Spring Breakers." She admitted during an interview how the actor creeped her out because he was so into his character.

"We shot the movie for four weeks, then he came in and walked on set as his character and freaked me out," Gomez said as reported by E! Online. "That's who I knew, until we started doing press and I realized he's one of the most intelligent people I've ever met...He's really nice, I promise. He's great."

James Franco's new Instagram post about Selena Gomez having a baby and not with Justin Bieber was a marketing ploy. He will be directing and also star in her latest movie entitled "In Dubious Battle" which is based on the novel of John Steinbeck. The film also stars Josh Hutcherson, Ashley Greene and Vincent D'Onofrio to name a few.