Kristen Stewart And Robert Pattinson Are Getting Married? Ex-Couple Engaged To Their Respective New Partners? 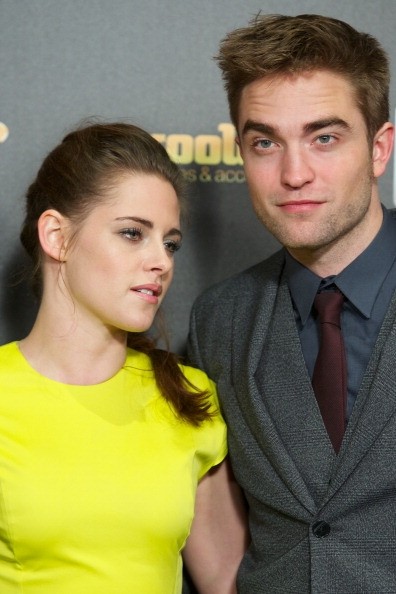 It looks like former lovers Kristen Stewart and Robert Pattinson are getting married, but not with each other.

It was previously reported that the 24-year-old actress is already living with her rumored girlfriend Alicia Cargile. According to In Touch, the star of "Still Alice" recently bought a huge apartment in downtown Los Angeles and asked her new lover to move in with her.

"Kristen and Alicia are not only living together, but they act like an old married couple," an insider told Radar Online. The website also revealed the reason why the actress enjoys being with her former assistant. "Very few people can actually get to know the real Kristen and that is how she likes it. But when Kristen is with Alicia, there are no walls around her," their source explained. "She not only acts like herself, but she is also incredibly genuine because Alicia brings out the best in her."

Fans are expecting to see Kristen Stewart and Robert Pattinson to get married, but what they may witness is a private wedding between the former "Twilight" actress and her rumored girlfriend Alicia Cargile. According to Celeb Dirty Laundry, the lesbian couple will be planning a low key wedding after the Hollywood superstar admits to the whole world that she is gay.

Kristen's ex-boyfriend Rob, on the other hand, is reportedly obsessed with marrying FKA Twigs. The two have been dating for quite some time now and they are also at the right age to get married. In fact, the 28-year-old actor already gave the 27-year-old singer a promise ring to prove how committed he is in their relationship.

"He [Rob] wants to marry her [FKA]. He is much more calm and happy than before. They are inseparable when they are together. They live at his house," a source told People. The latest report could be enough for Twihards to finally accept that there will be no wedding happening between Kristen Stewart and Robert Pattinson.