Jason Momoa Confirms Aquaman Cameo In ‘Batman V Superman!’ ‘Game Of Thrones’ Star Is 'In For The Long Haul’ 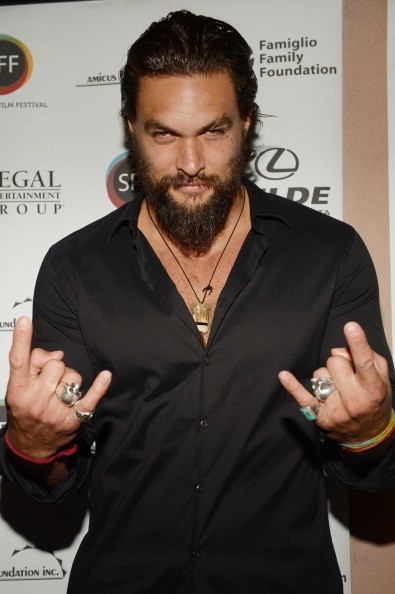 Last February, Zack Snyder teased his followers on Twitter by posting a photo of Jason Momoa as Aquaman.

"There is only one true King. #unitetheseven," he wrote about the image. We all know that the director is currently working on "Batman V Superman: Dawn of Justice" that's why rumors started to emerge that the underwater superhero will appear in his upcoming movie.

The star of "Game of Thrones" was asked a few months ago if he will make a cameo in the new DC movie.

"I really wish I could say something, but I don't even know," the 35-year-old actor confessed. "I found out some of the characters that are in Justice League that are casted that I didn't know. So you found out when I found out. And that stuff is pretty tight-lipped so I don't have anything to give," he added.

It looks like the rumors about Aquaman appearing in "Batman V Superman: Dawn of Justice" is true. During a recent interview, Jason Momoa was more outspoken and even admitted that he wanted to reprise his role in future DC films.

"Yesssss! Aquaman is here! I'm here! Know what I mean? That's what my audition process was," he said. "No - I don't know what it's going to be like yet. I'm in for the long haul. It's an honor." According to the Global News, the Hawaiian-born actor will also star in "Justice League" in 2017 and the solo movie of "Aquaman" in 2018.

Jason is currently married to former TV star Lisa Bonet and they have two small children together and a stepdaughter. He shared his excitement of playing Aquaman together with DC's superhero greats.

"I'm known for playing rough characters. They're not really allowed to see those things," he admitted. "So I mean it's going to be exciting just for my kids to see papa play with Batman and Wonder Woman and Superman. So it's really cool that my kids can do that," he added.