Taylor Swift And Calvin Harris Officially Dating? Pop Star And DJ Packs On The PDA! ‘This Is The First Guy She’s Been Really Interested In’ 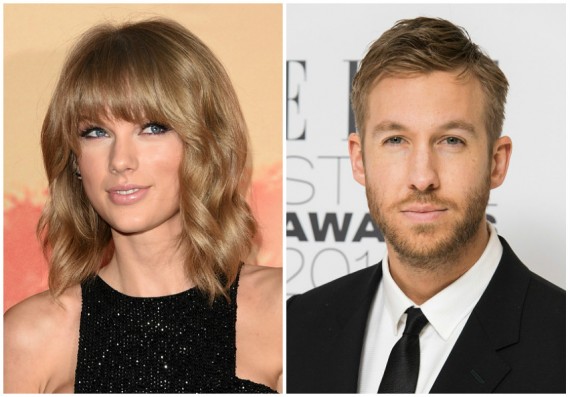 Taylor Swift and Calvin Harris are one of the most talked about couples today.

They've been going out most of the time and even packed on the PDAs, but the two haven't confirmed their relationship yet. Just recently, the two were seen watching the concert of Haim in Los Angeles.

The 25-year-old actress and the 31-year-old DJ was spotted getting cozy at the concert. There were even reports that the "Blank Space" singer was sitting on his lap during Haim's gig and photos emerged on Twitter.

According to Mail Online, the rumored couple was seen leaving the concert together and rode the same car. The two were even spotted holding hands even if the paparazzi flashed their cameras at them.

Latest reports reveal that Calvin Harris was seen driving back from Swift's Los Angeles home the day after the concert. That started out speculations that he slept over at her place, but there's no confirmation that he did.

A few days before the Haim concert, the pop singer and her rumored boyfriend was caught packing on the PDAs at Kenny Chesney's concert. Check out the photos from Star.

"Calvin had his arms around her, and she'd lay her head back on his chest," an eyewitness said as reported by OK! Magazine. "And when she danced, he'd eye her up and down. It was obvious he liked what he saw."

The two were first seen flirting at the Brit Awards and after that they have been seen together in almost every happening. According to the magazine, Taylor watched Calvin's gig at the Hakkasan nightclub in Las Vegas. They were also caught wearing the same color of clothes at Nashville Whole Foods. They really act as a couple and fans of the pop star are thrilled to see her happy.

So why are they spending much time together?

"Taylor wants to spend as much time as possible with Calvin before she leaves for her tour. So this month is all about Calvin," an insider told Mail Online. Swift's world tour begins this May so I guess April will be all for her rumored boyfriend.

"She's smitten. This is the first guy she's been really interested in in a very long time," a source revealed to OK! Magazine. "She thinks Calvin is not only talented but incredibly sexy. All she could talk about was how amazing he is."