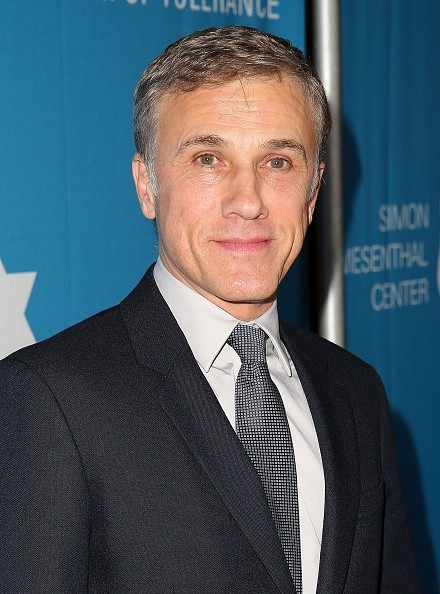 There have been reports last year that Christoph Waltz will play the famous "James Bond" villain Ernst Stavro Blofeld in "Spectre."

According to Mail Online, Eon productions will announce that the 58-year-old actor will star as Franz Oberhauser, who will act as the father figure of Daniel Craig's character.

However, their sources believe that this casting was a bluff and that the actor is really playing the evil genius.

"Christoph Waltz is playing Blofeld in the next Bond film," the insider revealed. "The tone of the 007 films has changed significantly in recent years and the producers have changed the character to fit in with the new-look 007."

Many fans are excited to see the supervillain return in "James Bond 24." Ernst Stavro Blofeld first appeared in "From Russia with Love" in 1963. The fictional character was last seen in "For Your Eyes Only" in 1981. In the film, Blofeld was dropped down the chimney making the audience believe that he was dead, but villains are capable of cheating death.

To end all the rumors about the supervillain's appearance in "Spectre," Christoph Waltz finally speaks up about it during an interview with GQ magazine.

"That is absolutely untrue," he said as reported by Mirror. "That rumor started on the internet, and the internet is a pest. The name of my character is Franz Oberhauser."

The German-Austrian actor also admitted that he was hesitant in accepting a role in "James Bond 24" because he only wants to appear in a specific Agent 007 film.

"I did, yes (think twice). I always hesitate... You ask yourself, hang on: what James Bond are we talking about?"

The star of "Django Unchained" revealed what made the new Bond movie different from the previous ones.

"The thing about Spectre is that it is not the work of hack writers," Waltz told the magazine. "It does not have a hack director. The actors are not hams. The action sequences in Mexico are extravagant to say the least," he added.

"James Bond 24" is directed by Sam Mendes, who is known for his work in "Skyfall" and the award-winning film "American Beauty." Fans can expect a lot of theatrical shots in "Spectre" and Christoph Waltz attest to that.

"A James Bond film can be artistically fulfilling. Absolutely it can. It can be complex and it can be interesting."