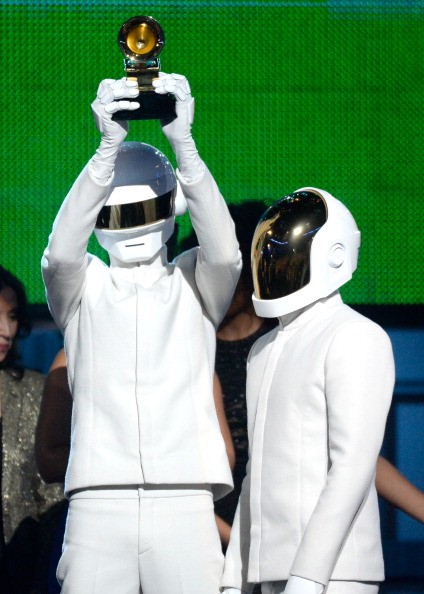 Fans of Daft Punk have been clamoring to hear news about a new album following their Grammy award winning Random Access Memories.

And while the electronic funk duo has been really quiet about a follow up LP, rumors sparked claiming that they will surprise fans with a new album on Jay Z's music streaming service called Tidal.

While the rumors are already rampant, Harder Blogger Faster even teased fans that Daft Punk is indeed working on a new album already, which could be announced on the new streaming service.

Thomas Bangalter and Guy-Manuel De Homem-Christo who are co-owners of Jay Z's new streaming service, are rumored to take advantage of the platform to announce their new album.

Furthermore, another hint was given, this time by house music producer named Paul Johnson, on a Facebook comment saying,

While no further details have been given about Daft Punk's follow up record, the duo previously tried to put up a show in North Dakota but was reportedly denied by superintendent, Reed Robinson, Stero Gum reported.

The show which supposed to be held at the Devil's Tower National Monument was not allowed reportedly because of the tribes surrounding the area.

"This being a night skies park and a natural park and a sacred site to 24 different tribes, that would be considered sacrilegious and gets into that 'inappropriate use,'" Robinson said. "And that meant maybe we would have to close portions of the main trail to facilitate this kind of stuff."