Johnny Depp And Amber Heard Divorce Rumors Are Not True? Newlyweds Spotted Holding Hands In Brisbane! ‘They Are Very Much In Love’ 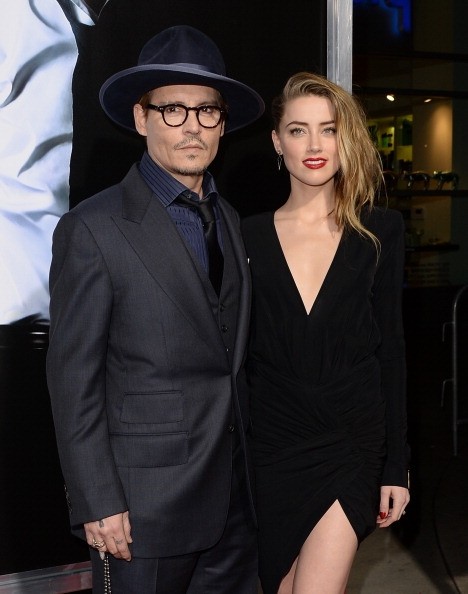 There were rumors coming out that Johnny Depp and Amber Heard are heading for divorce, but the newlyweds ended all the speculations when they showed up together in Australia.

The couple was spotted holding hands in Brisbane, and that's probably the first time that they were photographed after their wedding. Check out the photo from E! Online here.

The 51-year-old actor and the 29-year-old actress tied the knot at Depp's home in Los Angeles before they got married on a private island.

After their wedding, the couple lived separately to focus on their new movie. Johnny Depp flew to the Land Down Under to film "Pirates of the Caribbean: Dead Men Tell No Tales" while Amber Heard was seen in the UK filming "The Danish Girl."

Having been rarely seen in public together, divorce rumors between Johnny and Amber started to emerge. The alleged reason was the actor's drinking problems and too much partying.

"Amber is constantly worried about him. He'll go days without calling or texting her," an insider revealed to In Touch. "He parties and it's caused huge fights with Amber. It's been hard for them."

However, that report contradicts to the latest updates from E! News saying,

"They've always been together," an insider revealed. "They travel for work then come home. They live together and are very much in love, despite what's being said about breakup rumors."

The celebrity news site didn't deny the fact that the Hollywood couple do get into a fight sometimes.

"They are very much in love with each other, but because of their strong personalities and opinions, they do argue a lot," their insider said.

Despite the arguments, Johnny Depp and Amber Heard remain a loving a couple. They reunited a few days away from Texan actress' birthday. According to New York Daily News, the Hollywood heartthrob's arrival in Australia is not only a positive sign for his marriage, but also for the latest film in the "Pirates of the Caribbean" franchise.