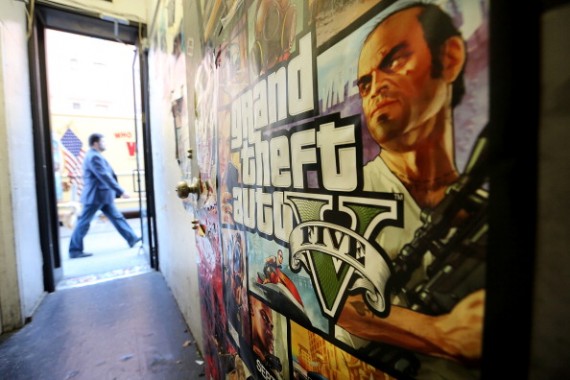 Will "GTA 6" release date finally gets to be announced?

While gamers of the car chase action adventure video game are still enjoying "Grand Theft Auto 5" following its 2013 release, there are speculations that a followup would mostly be launched soon.

However according to The Fuse Joplin the highly anticipated sequel to the hit franchise would mostly be released in between 2018 to 2020.

Meanwhile, Rockstar president, Leslie Benzies assures fans that the company has a long term plan for the "Grand Theft Auto" franchise during an interview with Develop.

"We've got about 45 years worth of ideas we want to do," Benzies said of his plans with the game's future.

"We don't know what GTA VI will be, but we've got some ideas. GTA Online is the focus right now. There ain't no rest between finishing V and then Online. Plus we have some other things - stuff, DLC, I don't know how In regard to the setting of the new game, it is still unknown as to where the new open world game would take place. Benzies claimed that with each place the game is set then it would give a different story and angle as to how the game would run.

Adding, "It comes from the idea first. Where is it going to be set is the first question. Then that defines the missions; you're doing different things in LA than in New York or Miami. The map and story get worked up together, and the story is a basic flow of how it works out so you can layer the missions in."

And since the previous and current "GTA" games have used mostly U.S. cities, the upcoming "GTA 6" is expected to take place in London, which was further backed up by Benzies when he admitted that the city was considered to be the setting for "GTA 5."

"For this one we were down in London and the idea of the three characters popped up again," he said of "GTA 5's" setting. "We'd actually considered it for San Andreas because there were three cities, but it didn't work from a tech point of view because the three characters need three times as much memory, three types of animation, and so on.

"We throw stuff in the pot, and the good stuff stays and the bad stuff disappears - there are a lot of gatekeepers at the studio, who ensure not much of the chaff makes it through. Some of the good ideas, like the three characters, stick around."

Furthermore, The Fuse Joplin reported that in addition to the three male characters, gamers could finally get to see a female character in the upcoming "GTA 6" come its release date, citing Rockstar founder, Dan Houser's statement claiming that they are looking into a female lead to be introduced in the franchise.