Hugh Jackman Will Give Up His Claws After ‘Wolverine 3’! Is This The End Of The ‘X-Men’ Universe? ‘This Is The Perfect Way To Go Out’ 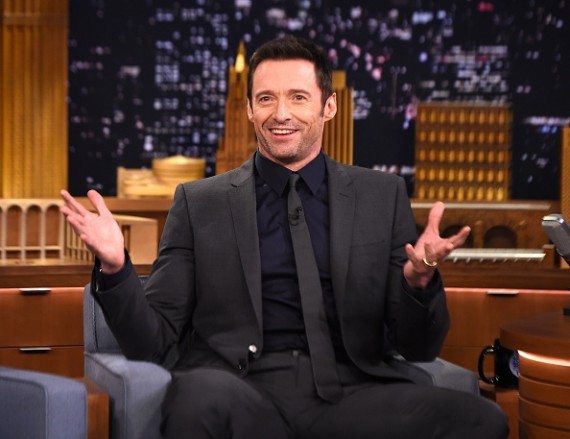 Hugh Jackman recently confirmed that "Wolverine 3" will be the last film where he will play the famous X-Men character.

Many fans were saddened by the news, but the Aussie superstar is ready to give up his claws after the 2017 movie. The 46-year-old actor spilled out the news during an interview at "The Dr. Oz Show."

"This will be my last one," he said as reported by IBTNews. "It is my last time, I just felt... It felt like it was the right time to do it." The Sydney-born actor further explained why he has to retire from playing Logan. "Let's be honest, 17 years. I never thought in a million years it would last this long," Jackman said. "I'm so grateful to the fans and for the opportunity of playing him, and I love it. I kind of have, in my head, what we're going to do in this last one, and it just feels like this is the perfect way to go out."

Here's the clip of Hugh Jackman's interview at "The Dr. Oz Show" shared by The Daily Superhero:

Before we see Hugh Jackman in "Wolverine 3", the actor will reprise his role in "X-Men Apocalypse" which will be released on May 27, 2016. Last March, the Hollywood superstar already teased his fans by posting a photo of his claw on Instagram and wrote: "WOLVERINE ...ONE LAST TIME."

Last year, the "Chappie" star already hinted the fate of the popular X-Men character during an interview with SFX Magazine. He was asked where he wants to take the next "Wolverine" series.

"I don't know yet. We're talking it through. I still am very ambitious for the character. And tonally I feel like we corrected the ship with the last one," he said. "But I feel we can still go further, in a way. If I did another one I'm 99.9% sure it would be the last, so that will inform what it is for me."

Since it has been confirmed that Hugh Jackman will be last seen as Logan in "Wolverine 3" there have been rumors coming out that "X-Men Apocalypse" will also be the last series of the film franchise. Fanboy journalist Umberto Gonzales wrote on Instagram,

"#RUMOR I'm being told that X-MEN: APOCALYPSE & WOLVERINE 3 will mark the end of the Bryan Singer X-MEN universe he started back in 2000. Makes sense since Hugh Jackman also said Wolverine 3 will be his last film playing Logan. The end of an era."