Jennifer Aniston And Justin Theroux Are Separated? ‘Cake’ Actress Is Allegedly Tired Fighting With Her Fiance! ‘They're Just Not That Into Each Other Anymore’ 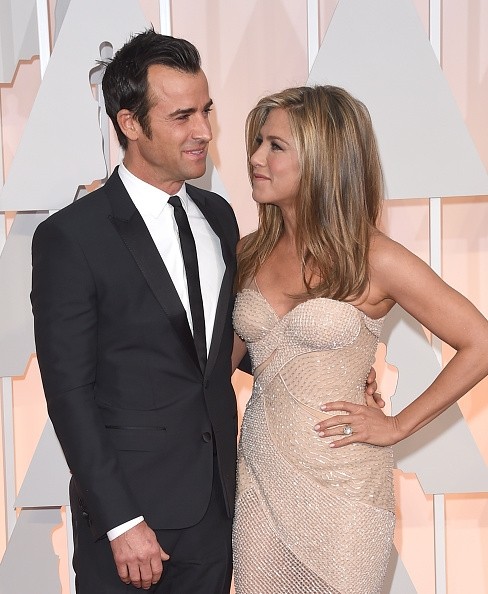 One of the much-anticipated weddings in Hollywood is that of Jennifer Aniston and Justin Theroux, but new reports revealed that the two are separated. The couple hasn't officially split up yet, but news came out that they are living separately.

According to Star Magazine (via IB Times), the former "Friends" star is upset because her fiance didn't consult her when making decisions and felt that he doesn't have time for her anymore. "Jen is mad because Justin agreed to this schedule without talking to her about it; she feels like he's not making her a priority," a source told the magazine.

The 43-year-old actor is reportedly in Rome filming "Zoolander 2" which stars Ben Stiller and Owen Wilson. He was even spotted having a chat with the lead star and director of the sequel last month. "They haven't seen each other for most of April and that's more time than they've spent apart since they started dating four years ago," their insider revealed.

"Justin said she needs to be patient, but Jen thinks it's already been too long. Being no closer to a wedding date after more than two years of engagement makes her feel like a fool," their source added. Jennifer Aniston and Justin Theroux got engaged in August 2012 - and until today, there is still no definite date for their wedding.

The website also reported that the 46-year-old actress was heard complaining to her best friend Courteney Cox about her relationship with "The Leftovers" star. "She kept saying that, once again, she'd managed to mess up an important relationship," an insider said. "She was talking very loudly. She said her fiancé wasn't trying hard enough to save the relationship and she was so tired of always fighting with him."

Because of their busy schedule, the couple's relationship may be in trouble. "Jen and Justin have been falling apart since the start of the year. They lead virtually separate lives. You rarely see them together anymore; it's always work, work, work," their insider said. "It was only a matter of time before things fell apart. They're just not that into each other anymore."

However, Gossip Cop claims that the Jennifer Aniston and Justin Theroux break up rumors aren't true. "They don't live separate lives. He is just working right now, and comes home on weekends when he can," the actress' rep told the website.