Release Date For Tool New Album Expected To Happen In The Near Future! Band Members In Celebration After Winning The 8-Year-Long Lawsuit 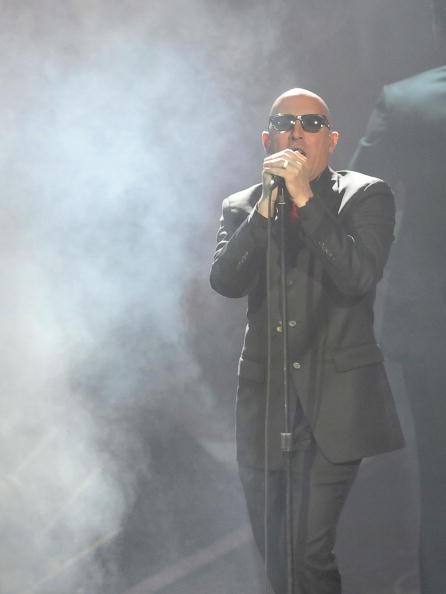 Following a successful 8-year-long lawsuit battle against its label, Tool is reportedly working on a new album.

While the release date has yet to be announced, the followup album to the "10,000 Days" record is reportedly well on its way.

According to Rolling Stone a favorable settlement has already been made and that vocalist  Maynard James Keenan and the rest of the group are now working on new songs that will be included in the recording.

In an interview with Yahoo Music guitarist Adam Jones said that fans should expect a new album soon now that the "lawsuit out of the way."

"Our greatest strength is jamming and coming up with stuff," Jones revealed.

"We're doing that really well now and I'm excited about everything we're working on. Some of it's really heavy, some of it's complex and some is more atmospheric, but it's definitely Tool. I think having this lawsuit out of the way should really speed of the progress of getting the album done."

However, there is also a chance that the new album of Tool may not be out this year, especially now that the band members are still celebrating the success of the lawsuit.

"We're older guys now," he explained. "Everyone kind of has their own life, and the fire that burned in us when we were in our 20s isn't there anymore. There's still a fire, it's just a different kind of fire. So of course, we're writing and working hard, but we've gotten to a point where we're relaxed and we're meeting occasionally to get the writing done instead of every day. But I feel like every day we work on the songs is a productive day and we're getting closer and closer to finishing them."

While they are taking things slow, Tool frontman Maynard James Keenan revealed to his Facebook followers that his in the progress of writing the new songs.

"I've been making regular trips to check on the writing progress of my Tool brethren... I'm as anxious to get this album completed as everyone else, but as history will show, you can't rush these gents."

The 51-year-old metal singer also told Loud Wire, that while the lawsuit took so long, they were determined to win it, and so they did.

"We moved over to a North L.A. courthouse and we had a brand-new judge, who was fantastic," Keenan said of the lawsuit. "You know what his name was? Randy Rhodes! I knew the power of metal, and my appreciation of metal was someday going to be like a guardian angel."

"We're going to trial and we want to crush them. But every time we've gotten close to going to trial, it gets postponed and we've wasted money and time and it has just drained our creative energy. We bought an insurance policy for peace of mind, but instead we would have been better off if we never had it and just dealt with the original lawsuit."