Brad Pitt And Angelina Jolie Are Both Bisexual? Jennifer Aniston Ditched Her Former Husband Because He’s Into Men? ‘That Apparently Wasn’t Cool With Her’ 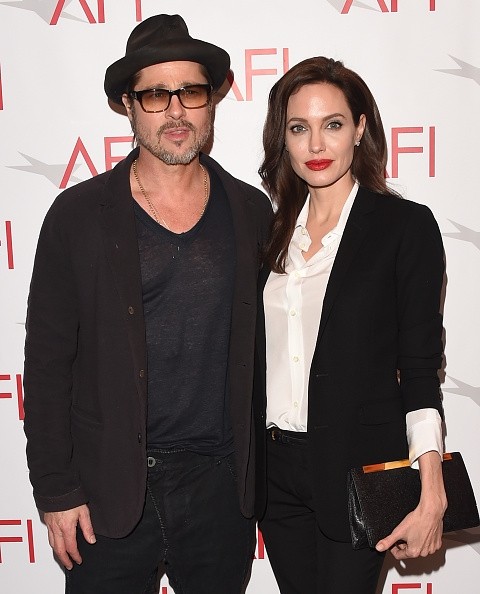 Many people are wondering what the secret of Brad Pitt and Angelina Jolie is in having a long lasting relationship.

The two started dating in 2005, but they only decided to get married in 2014. They met on the set of "Mr. & Mrs. Smith" and since then, their romance blossomed which allegedly caused the breakup of the Hollywood hunk from Jennifer Aniston.

However, new reports revealed the real cause of their divorce. According to Star Magazine (via Celeb Dirty Laundry), the reason why Brad and Angelina stayed together for quite a long time is that both are bisexual so they are cool with each other dating people of the same sex.

"That apparently wasn't cool with Jennifer Aniston though, and credits Brad's sexuality for their break-up back in 2005," their source named Sham revealed.

The "Maleficent" star has admitted in the past that she is both into men and women.

"[I was] surprised when I suddenly found myself having these feelings I always had for men, but for a woman, and wanting to kiss her and wanting to touch her," Jolie confessed to 20/20 in 2003.

She even admitted to Girlfriends magazine (via Complex) how she felt about her ex-girlfriend Jenny Shimizu whom she dated after her breakup with husband Johnny Lee Miller. "I would probably have married Jenny Shimizu if I hadn't married my husband. I fell in love with her the first second I saw her," the 39-year-old actress said.

Surprisingly, Angelina Jolie's new husband Brad Pitt is also bisexual that's why he has no problems with his wife sleeping with other women because he can also go out with other men.

"Cameron said he was contacted by Brad via a website called RentBoy.com a decade ago and quickly arranged to meet him at a hotel in Monterey, California," Sham shared. "When Cameron got there, an assistant met him in a lobby and took him to a room. Sure enough there was Brad Pitt. Brad took one look at him, gave him a thousand dollars, and asked him to leave."

According to the magazine, the "Fury" star didn't find Cameron attractive that's why he kept on searching for other guys on that website. This is contradictory to the report that came out last month wherein Brad Pitt was allegedly worried that Angelina Jolie will go back into dating other women.