Aaron Taylor-Johnson Expected To Be Back For 'Godzilla 2' With Director Gareth Edwards! New Monsters Announced 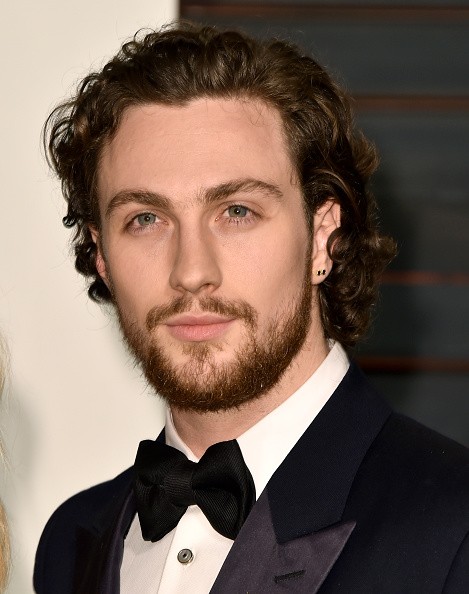 Following the huge box office success of Gareth Edward's "Godzilla" movie, a movie number 2 is reportedly in the works.

While very little has been known about the sequel, it's been reported that Aaron Taylor-Johnson is expected to be back to reprise his role together with the acclaimed director.

However, Edwards is still busy with his "Star Wars" movie stint that a "Godzilla 2" movie would have to wait.

Talking to Cinema Blend, the "Godzilla" star shared his knowledge about the progress of the movie, which is admittedly very few.

"Our director, Gareth Edwards, is off shooting a Star Wars movie now, so I think, you know, and he was a huge influence on the franchise," Aaron Taylor Johnson explained.

"So I think they're waiting on Gareth, and then when Gareth gets around, they will all jump in a room, brainstorm, and do their thing. And I don't know if I'd be a part of it, if it would be set somewhere else, if it's going to be in the future. ... It's just kind of, it's just so broad."

Moreover, the sequel will feature three additional monsters namely, Rodan, Ghidora and Mothra, which were all shown during 2014 Comic-Con.

"Let them fight," the voice over said in the video teaser released at the convention revealing the three monsters who will appear at "Godzilla 2."

However, there was no Mechagodzilla revealed in the teaser, which disappoints fans.

"What no Mechagodzilla monster in the sequel?" A fan tweeted.

Still some think that Legendary Pictures is just saving the announcement further into the movie's progress to excite fans.

However, another fan said "Mechagodzilla will surely appear."

And while fans wait for Edwards to shoot "Star Wars" film, Thomas Tull, Legendary Pictures CEO, assured fans that the sequel is still right on track.

"Gareth's film making talent makes him one of his generation's most creative and visionary directors," he explained.

"The plan has always been for Gareth to direct a different film before we started on another 'Godzilla,' but who knew it would be a 'Star Wars' installment? We have a great plan in store for 'Godzilla' fans and I am looking forward to seeing Gareth's imprint on the 'Star Wars' universe."

On the other side of the world, Japan is making its own version of the iconic monster, which actually originated from them, Variety reported.

Following the huge success of its western counterpart, Toho decided to bring back "Godzilla" to life.

Veteran producer Taichi Ueda is spearheading the team whose main focus is to make "Godzilla" that "will represent Japan and be loved around the world" just in time for the 2020 Toyko Olympics.

"The time has come for Japan to make a film that will not lose to Hollywood," Ueda explained.

Hideaki Anno, most notable for directing "Evangelion" anime series and films, will write and direct the 2016 Godzilla Japanese reboot.

Anno will be joined by another top notch Japanese filmmaker namely, Shinki Hugichi.

"Their drive to take on such new challenges was exactly what we all had been inspired by," said Toho in a statement.

"Godzilla 2" movie is reportedly going to hit the cinemas on June 8, 2018 while Japan's version is said to be released in 2016.