Rachel Bilson Moves On From 'Hart Of Dixie' Cancellation As She Joins Instagram! Hayden Christensen's Girl Shares Little Details About Her Life After Giving Birth 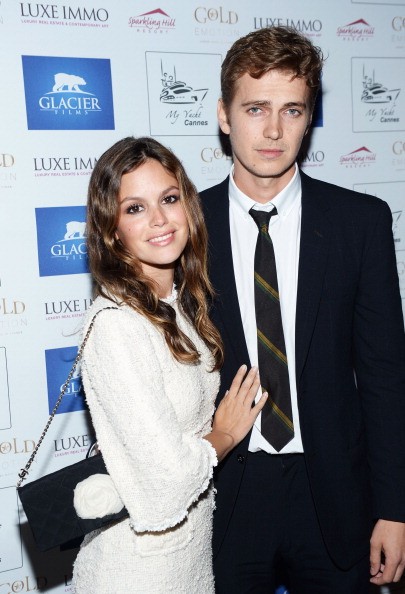 While most fans are still hurting from ABC's decision to finally cancel its comedy drama show "Hart of Dixie," Rachel Bilson who starred in the series seemed to have moved on just fine.

The 33-year-old actress has yet to comment on her show's cancellation, but she mananged to keep in touch with her fans by joining Instagram just last week.

Bilson already has 82,000 followers in just a short span of time, proving her social prowess.

The "Hart of Dixie" star did not post any photos of her daughter Briar Rose, but she did manage to share some little bit of details about her life as a new mom through her photos.

Bilson shared a photo of two pairs of Vans slip-ons with a Darth Vader design, probably one for her and for her daughter.

She then posted a photo of her without make up apparently trying to soothe her baby with a grover stuffed toy in tow.

"Okay....okay, it's grover's song!" She captioned the photo.

And while she seemed pretty much preoccupied with her momma duties and Instagram, the "Hart of Dixie" star was finally seen outside in the comforts of her home doing some shopping.

"The first-time mom, 33, was seen shopping in Studio City, Calif. Dressed casually in a black tank top and cuffed jeans, the TV star looked effortlessly chic, per usual," E! Online reported. "Bilson's outing also marked the first time she'd been since in public since The CW canceled Hart of Dixie."

Meanwhile, there are rumblings claiming that Rachel Bilson is the real reason why "Hart of Dixie" was cancelled. Despite reports that the show's rating was the main reason why the comedy drama series was axed, her co-star Jamie King insited that the decision relied heavily on Bilson's intention of returning to the show.

"It's a tricky situation because it really isn't about ratings for us," she admitted to E! News . "It's not like a ratings issue it was more of a timing issue. Rachel Bilson got pregnant and wanted to take maternity leave. Every woman has a right to do that. I think that everything has an imp at on the way things are decided upon. It's very interesting because our fans are so devoted."