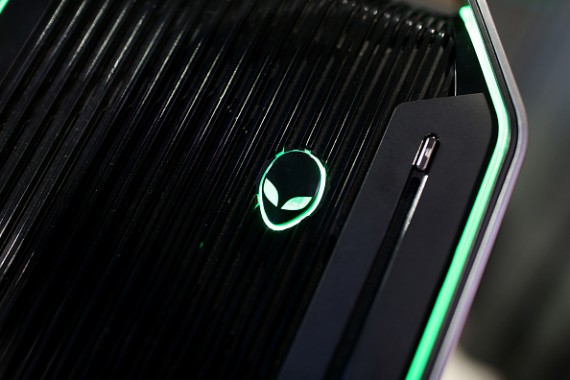 E3 2015 has come and gone and one of the biggest news to come out of the event is the unveiling of the Alienware Alpha steam machine specs.

This doesn't mean the Alpha lineup has shunned Windows though. Reportedly, Alienware will continue to offer the small form factor (SFF) gaming PCs with Windows 8.1.

Just like Alienware's other products, users have the option to bump up the Alpha's steam machine specs. Spend $100 more and you get 1TB of storage and 8GB of RAM. A quad-core Core i5-4590T CPU replaces the base model's CPU at the $650 price point. The top-spec $750 model gets a quad-core Core-i7-4765T CPU.

A Steam controller is included regardless of the model you get.

An option for an SSD upgrade isn't included although users can swap out the included hard drive for theirs.

Alienware Alpha pre-orders have already begun with deliveries starting on October 16, three weeks ahead of its official November 10 release date.

If you'd rather play games from your Steam library on the go, you might want to check out the SteamBoy Machine which has reportedly been renamed as the SMACH Zero.

According to The Escapist, the handheld device is powered by an AMD G-Series "Steppe Eagle" SoC with a Jaguar-based CPU and GCN-based Radeon GPU, 4GB of RAM and 32GB of internal memory. It has a five-inch 720p touch screen display, HDMI video output and Bluetooth, Wi-Fi and 4G connectivity.

Although it's not sporting high-end steam machine specs, the SMACH Zero can still "play the majority of current games in Steam," a company rep told The Escapist.

The SMACH Zero is slated for a 2016 release date.