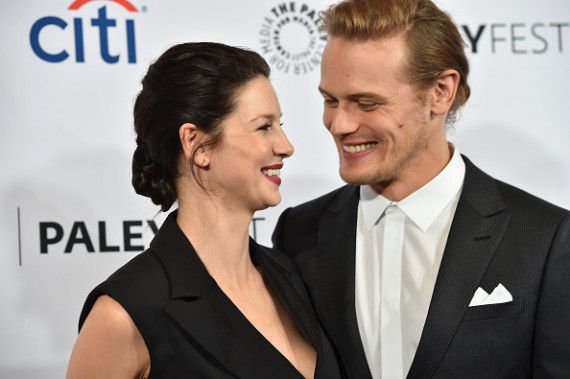 Several "Outlander" season 2 casting news greeted fans over the last few weeks. These new additions are people the lead characters will meet in their journey to other countries, particularly France and Scotland. There will be new faces in the show and even the lead characters Jamie and Claire will look different.

Don't worry. The next new "Outlander" season 2 casting news will not be about the replacement for Caitriona Balfe and Sam Heughan. When the show returns, they will just look different from their respective characters from the first season because they will age by 20 years.

In an interview with Zap2It, Caitriona Balfe and Sam Heughan expressed excitement for the changes about to happen in their characters in "Outlander" season 2, including having their own kid.

"It's exciting. We get to take the characters forward," Heughan said.

"I think it'll be fun. I think it's great to be able to play someone's life," Balfe told Zap2It. "So often it's all chronological and you play the one age. Now I get to play a woman who has a child who's in her late teens who's gone through this whole life of experience. That's going to be really interesting. It's going to be great to get to research all of that."

With Claire and Jamie becoming more mature, is there a way that they will have more control of their lives? Looks like that is the case as according to series developer Ronald Moore, the second season will be free of rape scenes, something the couple experienced in the first season at the hands of Jack Black.

"This is not a new template for the show going forward," Moore explained. "This was a specific story with those specific characters and that story has now ended. There will be reverberations and repercussions, you know, how this impacts Jamie's life, how this impacts his relationship with Claire, certainly those things will continue forward, but no, we're not going back to prison cells every week in season two."