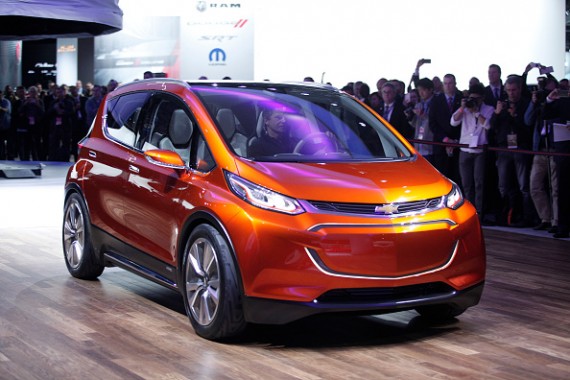 First seen at this year's Detroit Auto Show, the Chevrolet Bolt's range is already showing a lot of promise. In fact, so excited is GM about their newest zero-emission vehicle that the automaker could move up its release date to next year.

"As it stands, Tavel says the prototypes are already exceeding 200 miles of range," a Slash Gear report said.

The EV's reception at the Detroit Auto Show exceeded GM's expectations but its hatchback form is still a point of contention with the North American market. But Tavel said it's a necessity given demands of a long Chevrolet Bolt range and interior space.

"We've been out to clinic with that car to a couple of groups and the feedback we've got is outstanding. We think we're going down the right path."

The Bolt EV is smaller than the Chevrolet Volt and uses an all-electric powertrain. Apart from its targeted 200-mile range, GM's zero-emission vehicle is also targeting a price tag of around $30,000 after federal and state incentives are factored in.

But it's not the only electric vehicle to do so. The Bolt EV is expected to do battle with the Tesla Model 3. And while Tesla's affordable electric vehicle won't start production until 2017, the Bolt will beat it to the punch with an alleged 2016 release date, according to Auto News.

Reportedly, the Bolt EV's production schedule has been accelerated by GM engineers although no confirmation has been issued as to when the vehicle will arrive in dealerships.

"With these updates, the expected start [of production] could be rolled back by several months, meaning that you might be able to get your hands on one before the end of 2016," The Car Connection said.

According to the website, the reason for the accelerated schedule could be the predicted surge in gas prices. But analyst Jeff Shuster said a more likely reason is that GM doesn't want to be Chevrolet Bolt range to be "upstaged" by the upcoming Tesla Model 3 and longer-range Nissan Leaf.