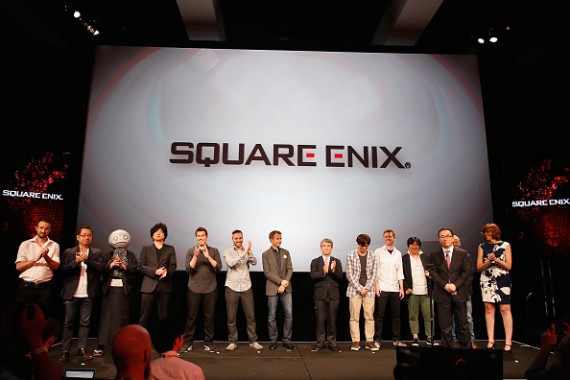 Since a technical demo for the PS3 was revealed back in 2005, fans have been clamoring for a "Final Fantasy 7" HD remake. They got their answer when Square Enix officially announced the remake at last month's E3 2015. Recently, director Tetsuya Nomura revealed why the game was green lit in the first place.

Nomura spoke with Japanese website 4Gamer about the "FF7" remake and revealed that in between numerous ports, there have been plans to make one all long.

As for the remake itself getting the go signal from Square Enix, the Japanese game developer said the timing of staff involved in the game is now in their favor.

"Also, we've seen, Square Enix now has more PlayStation 4 titles, so we felt that we could increase the console's popularity, and make an announcement before those games release," Nomura said via Siliconera.

With the staff involved in the original game not getting any younger, Nomura said they just had to seize the opportunity to proceed with the "Final Fantasy 7" HD remake.

"I'm 45 years old now. If we continued on without doing a remake, [Yoshinori] Kitase and [Kazushige] Nojima are well older than me... so, yeah," he explained with a laugh. "With this timing and opportunity in mind, we decided to just [go] for it."

The remake is currently under development for the PS4 and isn't expected to launch anytime soon. A PS4 port of the original game is coming in winter 2015 though. For those who can't wait however, Square Enix announced an iOS port will roll out this summer.

9to5 Mac reported that executive producer Shinji Hashimoto announced that "FF7" is headed to iOS devices at E3 2015.

"To be clear, this isn't a mobile version of the new remake, but rather a port of the now iconic original PlayStation release," the website said.

Square Enix hasn't confirmed an exact release date or pricing for the iOS port however.

As for the "Final Fantasy 7" HD remake headed for the PS4, fans can expect a more "realistic" update to the original with a more modern touch.