Dan Aykroyd Does A Cameo In 'Ghostbusters 3!' Ray Stantz Is Now A Cab Driver? Will Ernie Hudson Also Appear In The Reboot? 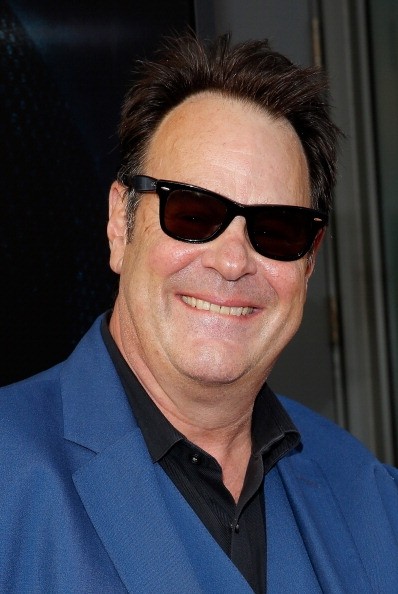 Some fans were disappointed when they found out that the original cast of "Ghostbusters" won't be featured in the third movie.

Director Paul Feig announced revealed earlier this year that he is making a female version of the 80s comedy hit. Because of his decision, many people started bashing his upcoming film.

However, the "Bridesmaids" director has promised the fans of the film series that he would still bring back some of the old things that people loved in the previous two movies.

"We're not recreating the old movie but we want to do just enough fun nods that the fans will go, 'Oh, okay, they're acknowledging that the other movie existed,'" Paul Feig said.

In fact, the girls (Kristen Wiig, Melissa McCarthy, Leslie Jones, and Kate McKinnon) will be wearing a more modern version of the uniform and the proton pack and Ecto-1 car will also be seen in the remake. Another surprising addition to "Ghostbusters 3" is Dan Aykroyd. The actor, who starred as Ray Stantz in the previous films, recently hinted his involvement in the reboot.

According to Indie Revolver, the 63-year-old actor posted a message on Twitter that he was working on the remake but deleted it later on. "On GB set shooting my scene with funny beautiful Kristen Wiig Lady GB'S are adorable, hilarious and badass Exhilarating #ghostbusters," he wrote.

Dan Aykroyd will be playing a cab driver in the new movie. "The scene featured Kristen Wiig attempting to gain access to Aykroyd's cab in vain," their source revealed. "At some point Aykroyd throws out the iconic line, 'I ain't afraid of no ghosts!' and drives off with Wiig yelling something along the lines of 'That's a double negative! That means you ARE afraid of ghosts!'"

Apart from Dan Aykroyd, Ernie Hudson may also appear in "Ghostbusters 3" since he has already showed signs that he wanted to be part of it. "I did talk to Ivan Reitman, the producer and director of the first two movies, so I know it's happening, but I haven't officially been offered any role in it. I would love to do it if they offer," the actor told The Des Moines Register.

If ever that pushes through, then the only person that they need to convince to make a cameo in "Ghostbusters 3" is Bill Murray to please the fans who wanted to see the original cast in the reboot.