‘The Walking Dead’ Season 6: Lennie James’ Morgan Isn’t So Zen After All; How Will Rick’s Old Pal Fit In Alexandria? 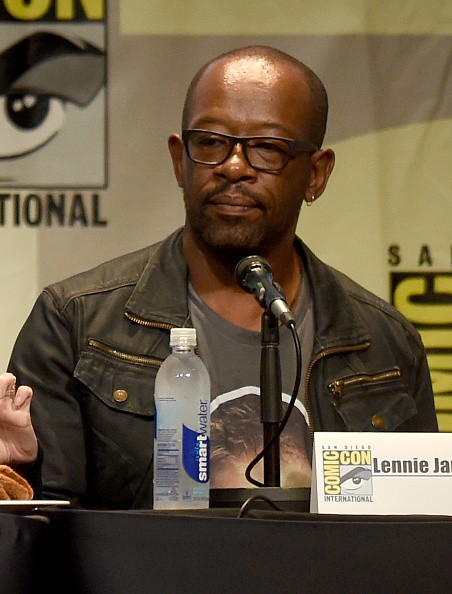 "The Walking Dead" season 6 will put Rick (Andrew Lincoln), the rest of the group and the people of Alexandria in a lot of trouble. But Lennie James' Morgan will be particularly interesting to see as there may be more than meets the eye when it comes to the badass Zen warrior.

Undoubtedly, Morgan's arrival in the safe zone will shake things up for everyone there. Complicating matters is the rift between Rick's group and the citizens of Alexandria led by their leader Deanna. This is something executive producer Gale Ann Hurd shared with E! Online recently.

"You've got Morgan showing up, that's going to [change] the dynamic. It's still dealing with the integration... can these two groups really find commonality and what happens when Morgan is thrown into the occasion, who has seemingly renounced violence except to protect himself?"

We last saw Morgan in season 3 episode 12 "Clear" where he has seemingly lost his sanity and was overcome by grief after losing his wife and son. Since then, he has adopted a Zen-like persona who believes that "all life is precious," as seen in the season 5 finale.

In "The Waking Dead" season 6, Lennie James' Morgan will "have to prove to Rick Grimes that his sanity has returned since they last saw each other," according to Undead Walking.

And amidst looming threats, Morgan will also deal with his inner demons.

"I think in this season we're going to see [Morgan] battle with himself as much as he battles with other people to be the person that he's trying to be."