Miss Universe 2015 To Be Held In Shanghai, China? Paulina Vega Reportedly Says It Will Happen In December 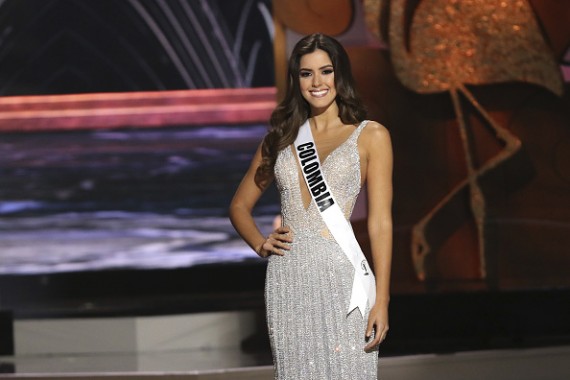 Is it going to be another Christmas edition for the Miss Universe 2015 pageant? This time, a report said it will be held in the city of Shanghai in China.

A report by website LocalPulse.net said the Miss Universe 2015 pageant will happen in China according to a statement by current titleholder Paulina Vega on "El Nuevo Dia," a newspaper in Puerto Rico with over 1.2 million readers.

"Mr. Trump [told] me the next edition will be held in China," Vega reportedly said. "I'm going to be charmed with crowning my successor in China."

She also reportedly revealed that the next Miss Universe 2015 is happening "in 10 months" and not in 2016 similar to what happened during this year's edition. This makes her fulfill a shorter reign compared to other winners in the past.

Since the report was published in February, December falls on the 10th month from the time this came out. If it is indeed true that Miss Universe 2015 will be held in China this year, it will follow the 2012 edition when it was held Christmas season in Las Vegas with Miss USA Olivia Culpo winning the crown.

If this happens, it will be the first time for China to host the global event.

Trump to sell his pageant shares?

This report came months before the controversial comments by Republican presidential candidate and pageant owner Donald Trump against some Mexicans. His remarks have made beauty queens react negatively to this including Miss Universe 2014 Paulina Vega.

The businessman is reportedly looking to sell his pageant shares midst the controversies that include having NBC drop their business ties with Trump.

According to the New York Post, he is "exploring a sale of his 49 percent stake in the Miss Universe Organization after NBC and Univision dumped the beauty pageant business" because of his anti-Mexican comments.

Whether this news will still change the venue plans for the Miss Universe 2015 or not, pageant fans said they will keep supporting the pageant.