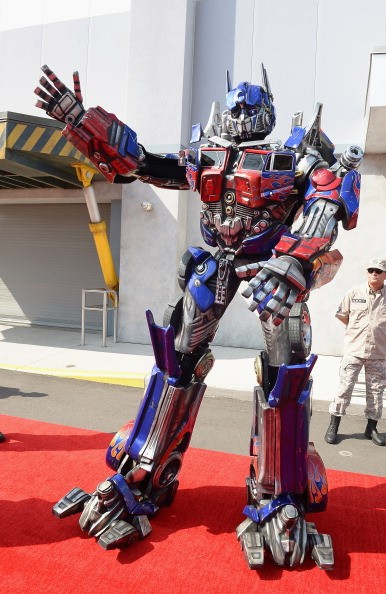 In its efforts to continue the story of the well-loved transforming alien robots, Paramount has decided to work on "Transformers 5."

While not much has been revealed about the upcoming fifth installment of the franchise, there's an ongoing rumor claiming that "Transformers 5" could finally lead the way to the highly anticipated reunion of Megan Fox, Shia LaBeouf and director Michael Bay.

And while LaBeouf has not closed his doors in returning to the franchise that practically skyrocketed his career, he previously explained that it's not going to be easy for him to return and reprise his role.

"It would be good to do another film but I doubt with the new changes since the third film that Megan could return you know, it might be a love war if me or Rosie both return you know its not that i don't think about it," he explained. "But no, I highly doubt I'll be back for another one. I'll do another Michael Bay film but not Transformers."

Fox on the other hand, has remained silent about the rumors instead, Movie Pilot reported that Michael Bay has certainly recognized Fox's contribution to the success of the "Transformers" franchise.

"It's not like Michael Bay doesn't know that Megan Fox greatly improves box office figures," Movie Pilot said. "He produced that 'Teenage Mutant Ninja Turtles' thing she was in, and the success of that movie still has analysts working overtime to try and decode a reason that doesn't just add up to Megan Fox."

While the return of the two original stars has yet to be confirmed, Mark Wahlberg, who took over the franchise in the fourth installment of "Transformers," has announced his return together with Michael Bay after their commitments.

Another news that's been making rounds is the idea that the leader of the autobots, Optimus Prime, is reportedly going to bid his farewell in the sequel.

A satirical publication called NationalReport.net, stated that Michael Bay would return to direct "Transformers 5" and that he'll kill Optimus Prime to be replaced by "Rodimus Prime" to lead the autobots.

The satire article below reads:

"Pressed for more details Bay revealed this:"Optimus Prime has served his time. He is old news. He dies heroically in battle, but it is time for leadership to be passed on to a new generation. We will be introducing a new Autobot known as Hot Rod. He is young and hip and sometimes doesn't think things through, just like Bumblebee. But he will have to learn how to lead what remains of the Autobots against Galvatron and his army of Decepticons."'

"Shocked by the huge scoop that I had just received, I pressed a little further. In the latest movie, It is hinted that Optimus Prime left Earth to find his maker's. Does he find them before he dies?

"Oh yeah, of course. That's where the movie starts. Prime makes it to the creators known as the Quintessons. They are less than pleased to see him and well I can't give you the whole movie. But that is where he meets Hot Rod who later becomes Rodimus Prime." said Bay."

And while the articles was obviously satire, The Inquisitor reported that Rodimus Prime could indeed appear in "Transformers 5" in addition to two more alien-robots named Vector Prime and Unicron.