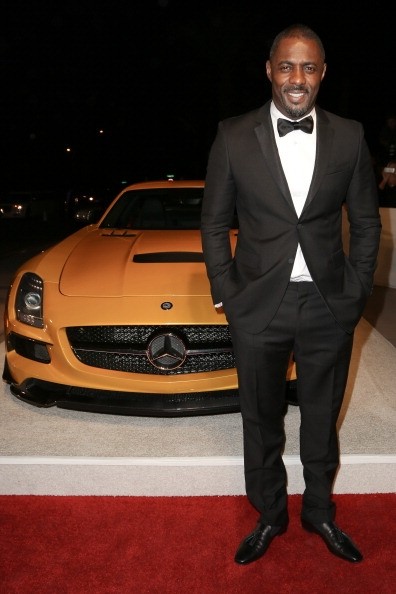 Next year The Enterprise will once again soar in the world beyond!

And joining the likes of Zachary Quinto, "The Wire" star Idris Elba has just been confirmed to appear in "Star Trek 3."

The rebooted sci-fi franchise is gearing up fast and while details are held in secrecy, Elba had some time to spare to share what his thoughts about his casting in the upcoming movie titled "Star Trek Beyond."

In an interview with TV3, the 42-year-old English actor could not hide his feelings about his new project.

"Spock was probably my favourite character - and in this one I have some scenes with Zachary Quinto [who plays Spock]," he said.

And while he refused to say anything about his character, Idris Elba was not shy about admitting how he's been a long time "Star Trek" fan.

Almost everyone was a Trekkie, really, weren't they? I wouldn't say I was a hardcore one, but I definitely watched that show a million times.

Variety previously reported that Idris Elba could actually be playing a villain in the upcoming "Star Trek 3."

"So far, the new Star Trek movie series has seen Eric Bana and Benedict Cumberbatch as villains," Fansided added. "The question now is which villain will be picking up where the last two left off? Personally, it would be cool to see the Klingons take on the villain role. For a group so widely represented throughout Star Trek's TV series, their appearances in the recent films have been minimal."

And as the publication suggested, Idris Elba could play a Klingon villain in the upcoming movie, noting that it is the "it would be great for the Klingons to get some love with a main role in this upcoming film."

Currently filming in Vancouver, BC, Canada, the team is reportedly going to continue their journey in exploring the new worlds. Screen Rant added that some scenes will be shot in Seoul, South Korea.

In addition to Elba, Deadline reported that "Kingsman: The Secret Service" sexy assassin, Sofia Boutella has landed a role in the highly anticipated sci-fi adventure film,

"Fast & Furious" director Justin Lin is directing the film following the exit of Roberto Orci, while Simon Pegg is not only returning as an actor but also a scribe together with Doug Jung.

J.J. Abrams, who directed "Star Trek: Into Darkness" is producing with his production partner Bryan Burke and Skydance's David Ellison.